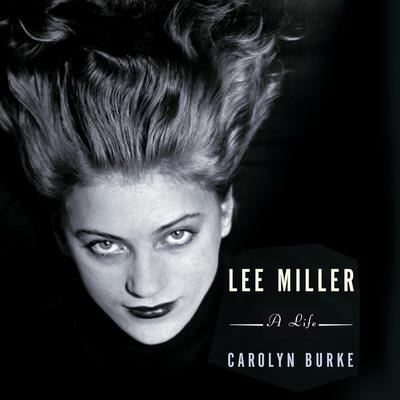 A trenchant yet sympathetic portrait of Lee Miller, one of the iconic faces and careers of the twentieth century.

Carolyn Burke reveals Miller as a multifaceted woman: both model and photographer, muse and reporter, sexual adventurer and mother, and, in later years, gourmet cook—the last of the many dramatic transformations she underwent during her lifetime. A sleek blond bombshell, Miller was part of a glamorous circle in New York and Paris in the 1920s and 1930s as a leading Vogue model, close to Edward Steichen, Charlie Chaplin, Jean Cocteau, and Pablo Picasso. Then, during World War II, she became a war correspondent—one of the first women to do so—shooting harrowing images of a devastated Europe, entering Dachau with the Allied troops, posing in Hitler’s bathtub.

Burke examines Miller’s troubled personal life, from the unsettling photo sessions during which Miller, both as a child and as a young woman, posed nude for her father, to her crucial affair with artist-photographer Man Ray, to her unconventional marriages. And through Miller’s body of work, Burke explores the photographer’s journey from object to subject; her eye for form, pattern, and light; and the powerful emotion behind each of her images.

A lush story of art and beauty, sex and power, Modernism and Surrealism, independence and collaboration, Lee Miller: A Life is an astute study of a fascinating, yet enigmatic, cultural figure.

This program includes a downloadable PDF that contains Lee Miller’s recipes for a dinner party, as assembled by Carolyn Burke.