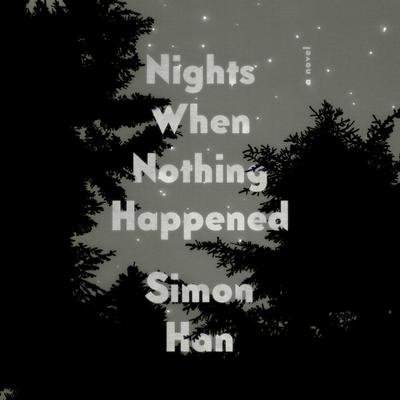 Nights When Nothing Happened

Nights When Nothing Happened

“Most anyone who grows up in a suburb knows these neighborhoods are not always what they purport to be. Simon Han, in his dazzling debut, blows the curtains wide open on the actual lives a onetime model home might conceal. Deftly shifting time frames and points of view, he gives a piercing, often funny, and deeply moving account of a Chinese family’s struggle to settle into the lives they think they should be living. It’s a coming of age for all of them, each in their own way and time. Far from nothing happening, so much does.”

Named a Best Book of the Year by Time, The Washington Post, and Harper's Bazaar

“A tender, spiky family saga about love in all its mysterious incarnations.” —Lorrie Moore, author of A Gate at the Stairs and Birds of America

“Absolutely luminous . . . Weaves the transience of suburbia between the highs and lows of a family saga . . . Shocks, awes, and delights.” —Bryan Washington, author of Memorial

From the outside, the Chengs seem like so-called model immigrants. Once Patty landed a tech job near Dallas, she and Liang grew secure enough to have a second child, and to send for their first from his grandparents back in China. Isn’t this what they sacrificed so much for? But then little Annabel begins to sleepwalk at night, putting into motion a string of misunderstandings that not only threaten to set their community against them but force to the surface the secrets that have made them fear one another. How can a man make peace with the terrors of his past? How can a child regain trust in unconditional love? How can a family stop burying its history and forge a way through it, to a more honest intimacy?

Nights When Nothing Happened is gripping storytelling immersed in the crosscurrents that have reshaped the American landscape, from a prodigious new literary talent.