The War I Finally Won

Like the classic heroines of Sarah, Plain and Tall, Little Women, and Anne of Green Gables, Ada is a fighter for the ages. Her triumphant World War II journey continues in this sequel to the Newbery Honor–winning The War that Saved My Life

When Ada awakes from surgery on her club foot, the news that greets her will change the course of her life. Doors that her mother had shut tightly are swinging open—

But World War II rages on. Ada and her brother, Jamie, are forced to move into a cottage with the iron-faced Lady Thorton and her daughter, Maggie. Life in the crowded home is tense. Then Ruth arrives. Ruth, a Jewish girl, from Germany. A German? Could Ruth be a spy?

As the fallout from the war intensifies, calamity creeps closer to Ada’s doorstep, and life grows more complicated. Who will Ada decide to be? How can she keep fighting? And who will she struggle to save?

Ada’s first story, The War that Saved My Life, was a #1 New York Times bestseller and won a Newbery Honor, the Schneider Family Book Award, and the Josette Frank Award, in addition to appearing on multiple best-of-the-year lists. This second masterwork of historical fiction continues Ada's journey of family, faith, and identity, showing us that real freedom is not just the ability to choose, but the courage to make the right choice. 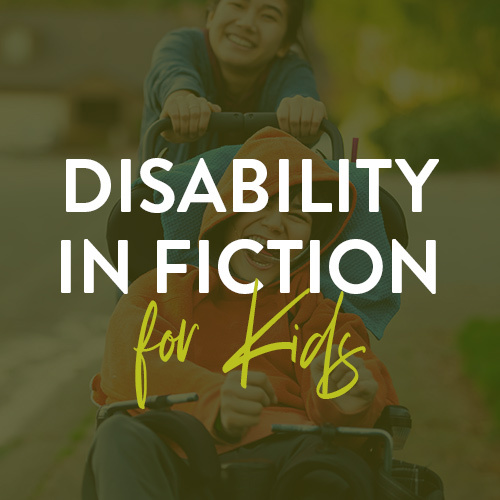 Disability in Fiction for Kids

"Stunning . . . By turns tough and tender, this novel leavens complex themes with moments of wonder and joy." —The Washington Post

"Rarely is a children’s book so honest . . . [and] daring. But there is comfort too, in Ada’s desire to love and grow. . . . The power of this book is that it describes, slowly and sometimes painfully, that it is possible not just to live through pain, but to live with it.” —The New York Times

★ "Thoughtful, brave, true, and wise beyond her years, Ada is for the ages—as is this book. Wonderful." —Kirkus, starred review

"It’s rare when a sequel is just as beautifully written and just as touching (maybe even more so) than the first book. . . . Bradley writes the story in such a way that the reader is by turns both touched and then, pages later, heartbroken. Over and over.” —HuffPost

★ "Fans of the first book will love the sequel even more; truly a first purchase. While it stands alone, encourage readers to read both books to fully appreciate Ada’s remarkable and wholly believable triumph." —School Library Journal, starred review

★ "Bradley sweeps us up in the story she’s telling and at the same time raises hard questions and makes us think—even as she moves us to tears." —The Horn Book, starred review

★ "A perceptive look into othering . . . Bradley sensitively portrays Ada’s journey to accept selfless kindness and love after years of neglect in a poignant and satisfying story of found family that will stay with readers." —Publishers Weekly, starred review

"Ada . . . is one of the most unforgettable characters in modern children’s literature." —The Washington Post

"In a hard times, complicated people do the best they can. That’s what we see in this bittersweet moving story . . . (Be prepared for both tears and smiles with this one!)" —ImaginationSoup

"Ada’s story is a winning combination of history and healing, and fans may hope that Bradley isn’t quite finished with her just yet." —Booklist Expand reviews