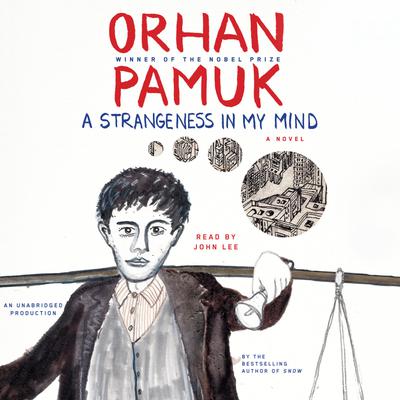 A Strangeness in My Mind

From the Nobel Prize winner and best-selling author of Snow and My Name Is Red: a soaring, panoramic new novel—his first since The Museum of Innocence—telling the unforgettable tale of an Istanbul street vendor and the love of his life.

Since his boyhood in a poor village in Central Anatolia, Mevlut Karataş has fantasized about what his life would become. Not getting as far in school as he’d hoped, at the age of twelve he comes to Istanbul—“the center of the world”—and is immediately enthralled by both the old city that is disappearing and the new one that is fast being built. He follows his father’s trade, selling boza (a traditional mildly alcoholic Turkish drink) on the street, and hoping to become rich, like other villagers who have settled the desolate hills outside the booming metropolis. But luck never seems to be on Mevlut’s side. As he watches his relations settle down and make their fortunes, he spends three years writing love letters to a girl he saw just once at a wedding, only to elope by mistake with her sister. And though he grows to cherish his wife and the family they have, he stumbles toward middle age in a series of jobs leading nowhere. His sense of missing something leads him sometimes to the politics of his friends and intermittently to the teachings of a charismatic religious guide. But every evening, without fail, Mevlut still wanders the streets of Istanbul, selling boza and wondering at the “strangeness” in his mind, the sensation that makes him feel different from everyone else, until fortune conspires once more to let him understand at last what it is he has always yearned for.

Told from different perspectives by a host of beguiling characters, A Strangeness in My Mind is a modern epic of coming of age in a great city, a brilliant tableau of life among the newcomers who have changed the face of Istanbul over the past fifty years. Here is a mesmerizing story of human longing, sure to take its place among Pamuk’s finest achievements. 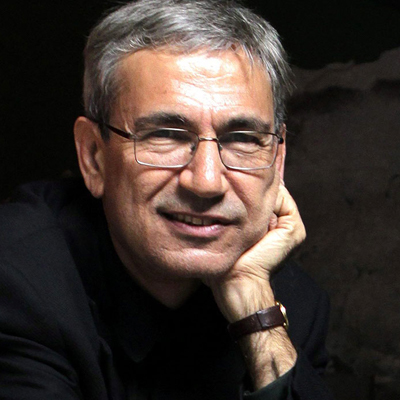 Orhan Pamuk won the Nobel Prize for Literature in 2006. His novel My Name Is Red won the 2003 IMPAC Dublin Literary Award. His work has been translated into more than sixty languages.

“Rich, complex, and pulsing with urban life: one of this gifted writer's best. . . . As Pamuk follows his believably flawed protagonist and a teeming cast of supporting players across five decades, Turkey's turbulent politics provide a thrumming undercurrent of unease. . . . Pamuk celebrates the city's vibrant traditional culture—and mourns its passing—in wonderfully atmospheric passages . . . [and] recalls the great Victorian novelists as he ranges confidently from near-documentary passages on real estate machinations and the privatization of electrical service to pensive meditations on the gap between people's public posturing and private beliefs.”

“Mesmerizing . . . a sweeping epic. . . . The fable-like story’s chief protagonist is the ruminative Mevlut Karatas . . . his walkabouts and skirmishes with his family are engrossing, but what really stands out is Pamuk’s treatment of Istanbul’s evolution into a noisy, corrupt, and modernized city. . . . This is a thoroughly immersive journey through the arteries of Pamuk’s culturally rich yet politically volatile and class- and gender-divided homeland.”