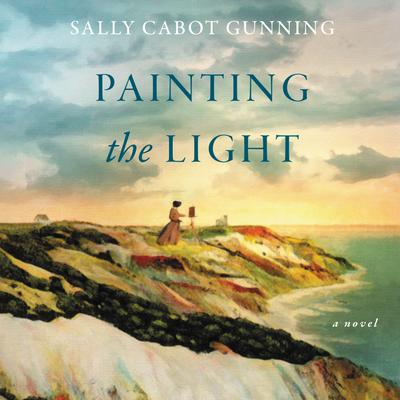 From the critically acclaimed author of Monticello and The Widow’s War comes a vividly rendered historical novel of love, loss, and reinvention, set on Martha’s Vineyard at the turn of the nineteenth century.

Martha’s Vineyard, 1898. In her first life, Ida Russell had been a painter. Five years ago, she had confidently walked the halls of Boston’s renowned Museum School, enrolling in art courses that were once deemed “unthinkable” for women to take, and showing a budding talent for watercolors.

But no more. Ida Russell is now Ida Pease, resident of a seaside farm on Vineyard Haven, and wife to Ezra, a once-charming man who has become an inattentive and altogether unreliable husband. Ezra runs a salvage company in town with his business partner Mose Barstow, but he much prefers their nightly card games at the local pub to his work in their Boston office, not to mention filling haystacks and tending sheep on the farm at home—duties that have fallen to Ida and their part-time farmhand Lem. Ida, meanwhile, has left her love for painting behind.

It comes as no surprise to Ida when Ezra is hours late for a Thanksgiving dinner, only to leave abruptly for another supposedly urgent business trip to Boston. But then something truly unthinkable happens: a storm strikes, and the Portland sinks. Ezra and Mose are presumed dead.

In the wake of this shocking tragedy, Ida must settle the affairs of Ezra’s estate, a task that brings her to a familiar face from her past—Henry Barstow, Mose’s brother and executor. As she joins Henry in sifting through the remnants of her husband’s life and work, Ida must learn to separate truth from lies and what matters from what doesn’t.

Painting the Light is an arresting portrait of a woman, and a considered meditation on loss and love.