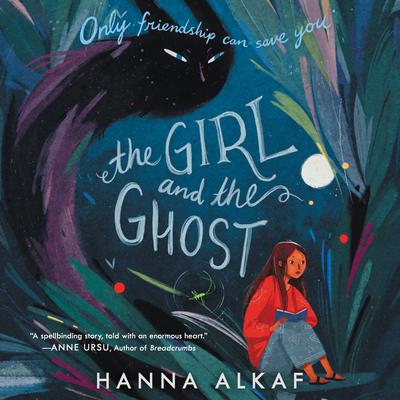 The Girl and the Ghost

The Girl and the Ghost

“THE GIRL AND THE GHOST is a book for every kid who loves ghost stories, who likes the more twisted version of fairy tales, and prefers some darkness in their happy endings. Suraya and Pink are best friends ever since Suraya's grandmother died and sent Pink to serve her when she was just a baby. Suraya is an awkward child and doesn't have any friends until a new girl comes to her school and they bond over their outsider status. Pink becomes jealous and his darker side is revealed in ways at times quite disturbing, prompting the trio to embark on a quest to help save Pink from himself. The heart of this story is the friendship between Suraya and Pink, which makes their falling out visceral for the reader even before Pink "goes bad". And readers should know that the bad is quite bad -- hallucinations that torture Suraya until she is visibly hurting, a clever manifestation of the way kids can hurt one another. Ultimately the resolution has even more depth than anticipated and had me tearing up with a melancholy that was totally earned in the final pages. This is not a happy ghost story, but it's one that will be beloved. Content Warnings for bullying, including physical harm, gross hallucinations, emotionally absent parent, demonic forces and their evil ways.”

A Malaysian folk tale comes to life in this emotionally layered, chilling middle grade debut, perfect for fans of The Book of Boy and The Jumbies.

I am a dark spirit, the ghost announced grandly. I am your inheritance, your grandmother’s legacy. I am yours to command.

Suraya is delighted when her witch grandmother gifts her a pelesit. She names her ghostly companion Pink, and the two quickly become inseparable.

But Suraya doesn’t know that pelesits have a dark side—and when Pink’s shadows threaten to consume them both, they must find enough light to survive . . . before they are both lost to the darkness.