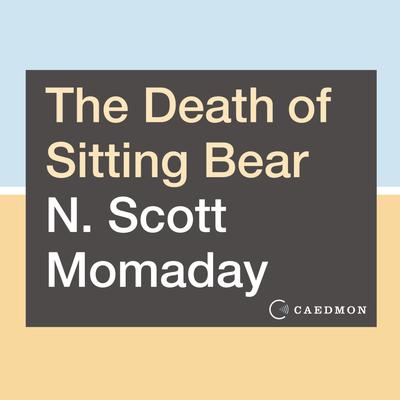 The Death of Sitting Bear

The Death of Sitting Bear

“From Pulitzer Prize-winning author (House Made of Dawn in 1969), Oklahoma Centennial State Poet Laureate, and acclaimed artist N. Scott Momaday (Kiowa) comes a new collection of more than 100 new and selected poems in The Death of Sitting Bear. Presented in three parts, some poems are quick tributes to natural phenomenon but made no less impactful for their brevity. Simple moments – the sound of fry bread sizzling in childhood – are exquisitely detailed. Complex questions about the nature of animals and humans and their meanings and representations to each other are explored. God, as an entity, as a spirit, as in nature, is called upon. Other pieces are long form poetic narratives, such as Part II, A Century of Impressions, which detail an era in “one hundred haiku/elemental exercise/to nourish the mind.” The titular poem, The Death of Sitting Bear, gives voice to the great man himself in stanzas of poetic prose, detailing Sitting Bull’s life and death as an elite Kaitsenko warrior. Firmly steeped in Kiowa heritage and indigenous oral storytelling traditions, Momaday breathes in the spirit of the Southwest and breathes out masterful imagery onto the page. The poems beg to be read aloud in order to savor the taste of the language, each word carefully chosen to evoke shape, sound, sight, feeling, and history with the weight of its intention: “a blackbird holds still/in the center of sight/and I cannot/look away."”

“The poems in this book reflect my deep respect for and appreciation of words. . . . I believe that poetry is the highest form of verbal expression. Although I have written in other forms, I find that poems are what I want and need most to read and write. They give life to my mind.”

One of the most important and unique voices in American letters, distinguished poet, novelist, artist, teacher, and storyteller N. Scott Momaday was born into the Kiowa tribe and grew up on Indian reservations in the Southwest. The customs and traditions that influenced his upbringing—most notably the Native American oral tradition—are the centerpiece of his work.

This luminous collection demonstrates Momaday’s mastery and love of language and the matters closest to his heart. To Momaday, words are sacred; language is power. Spanning nearly fifty years, the poems gathered here illuminate the human condition, Momaday’s connection to his Kiowa roots, and his spiritual relationship to the American landscape.

The title poem, “The Death of Sitting Bear” is a celebration of heritage and a memorial to the great Kiowa warrior and chief. “I feel his presence close by in my blood and imagination,” Momaday writes, “and I sing him an honor song.” Here, too, are meditations on mortality, love, and loss, as well as reflections on the incomparable and holy landscape of the Southwest.

The Death of Sitting Bear evokes the essence of human experience and speaks to us all.