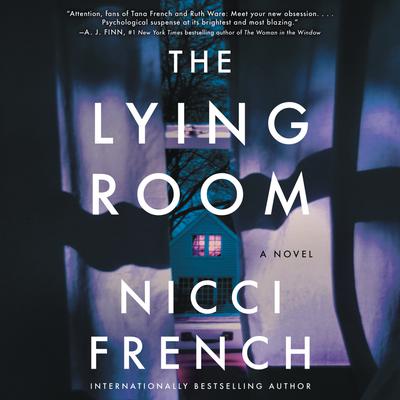 “The problem with telling lies is that you have to remember what lies you tell and keep them straight. Neve keeps reminding herself of this as she scrubs the flat clean so no one will know she was having an affair while the dead body of her boss and her lover lies in the other room. About the only thing that isn’t a lie when she finally talks to the police is that she didn’t kill Saul and doesn’t know who did. The story became almost slapstick as Neve takes care of her family, fixes meals, checks homework, entertains friends who never go home, and feeds the guinea pig all the while trying to figure out how to keep herself and her daughter Mabel out of jail. She keeps hiding and re-hiding the hammer, which was the murder weapon, and which her daughter stole from the flat in a misguided effort to protect Neve since she followed Neve to the flat and thought Neve had killed Saul. Soon the hammer disappears completely and Neve realizes that the murderer has to be someone she knows. While she continues being the rock that everyone depends on, Neve frantically tries to figure out who could have killed Saul. It is hard to find something comical about a person being brutally murdered but Neve was one of the most amusing characters I have ever encountered. I just wish I had half of her energy and her quick wit and ability to keep the lies coming and coming without tangling herself up.”

In this thrilling standalone from the internationally bestselling author of the Frieda Klein series, a married woman’s affair with her boss spirals into a dangerous game of chess with the police when she discovers he’s been murdered and she clears the crime scene of all evidence.

One little secret between a married woman, her lover, and a killer.

It should have been just a mid-life fling. A guilty indiscretion that Neve Connolly could have weathered. An escape from twenty years of routine marriage to her overworked husband, and from her increasingly distant children. But when Neve pays a morning-after visit to her lover, Saul, and finds him brutally murdered, their pied-à-terre still heady with her perfume, all the lies she has so painstakingly stitched together threaten to unravel.

After scrubbing clean every trace of her existence from Saul’s life—and death—Neve believes she can return to normal, shaken but intact. But she can’t get out of her head the one tormenting question: what was she forgetting?

An investigation into the slaying could provide the answer. It’s brought Detective Chief Inspector Alastair Hitching, and Neve’s worst fears, to her door. But with every new lie, every new misdirection to save herself, Neve descends further into the darkness of her betrayal—and into more danger than she ever imagined. Because Hitching isn’t the only one watching Neve. So is a determined killer who’s about to make the next terrifying move in a deadly affair….