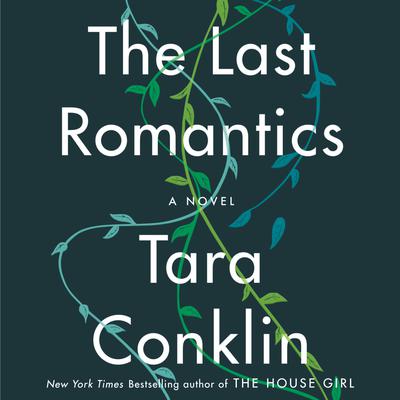 “The Last Romantics is the story of four siblings, three girls and one boy. Their father dies unexpectedly when they are young and their mother retreats to her bedroom for months. This period, the "pause" in their lives, sets the tone for their strong, bonded relationship as well as the trajectory of their lives. The boy, Joe, is the central force within this story. He is adored by his sisters even though he fights many demons during his life. His sisters act as his life preservers through the endless twists and turns of his life. The reader follows each of the girls through their lifetimes which all have one common thread—love. The narration is 5-star on this one.”

From the New York Times–bestselling author of The House Girl comes a novel about our most precious and dangerous attachment: family.

In the spring of 1981, the young Skinner siblings—fierce Renee, dreamy Caroline, golden boy Joe and watchful Fiona—lose their father to a heart attack and their mother to a paralyzing depression, events that thrust them into a period they will later call “the Pause.” Caught between the predictable life they once led and an uncertain future that stretches before them, the siblings navigate the dangers and resentments of the Pause to emerge fiercely loyal and deeply connected. Two decades later, the Skinners find themselves again confronted with a family crisis that tests the strength of these bonds and forces them to question the life choices they’ve made and what, exactly, they will do for love.

Narrated nearly a century later by the youngest sibling, the renowned poet Fiona Skinner, The Last Romantics spans a lifetime. It’s a story of sex and affection, sacrifice and selfishness, deeply held principles and dashed expectations, a lost engagement ring, a squandered baseball scholarship, unsupervised summers at the neighbourhood pond and an iconic book of love poems. But most of all it is the story of Renee, Caroline, Joe and Fiona: the ways they support each other, the ways they betray each other and the ways they knit back together bonds they have fractured.

In the vein of Commonwealth, Little Fires Everywhere and The Nest, this is a panoramic, tenderly insightful novel about one devoted, imperfect family. The Last Romantics is an unforgettable exploration of the responsibilities we bear both gracefully and unwillingly, and the all-important, ever-complex definition of love.