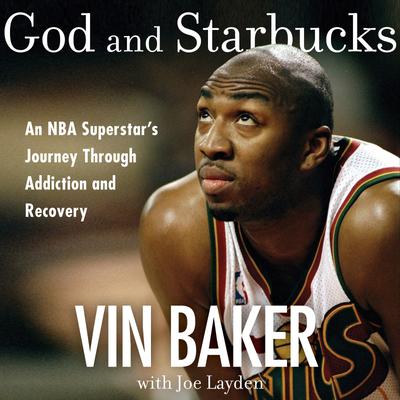 An NBA Superstar's Journey Through Addiction and Recovery

An astonishing memoir of redemption—the moving story of a former top NBA player who miraculously rebounded from a monumental fall thanks to hard work and his deep, transformative faith.

Sixteen years ago, Vin Baker was an NBA All-Star, an Olympic Gold medalist, and a multimillionaire. While he excelled on the court, Vin harbored a dark secret: a dependency on drugs and alcohol that began after the clean-cut preacher’s son turned pro. Eventually becoming a full-blown yet functional alcoholic, Vin convinced himself he played better under the influence—until his addiction cost him his basketball career, his fortune, and his health.

But Vin’s story isn’t a tragic fall from grace. It is a joyous tale of salvation. For Vin, hitting rock bottom was a difficult yet transformative experience that led him to renew his relationship with God and embrace life in a rich and fulfilling new way. Today the manager of a Starbucks and a youth minister, Vin has found more security and happiness in his ordinary working life than in all his years in the glamorous world of professional basketball.

God and Starbucks is a wise and unflinching look at the real dangers of addiction and the importance of taking charge of your life with meaning and purpose. It’s a powerful memoir about reaching the top and beginning again from the bottom—an inspiring personal tale of humility and grace that reminds us what is truly important in our lives.