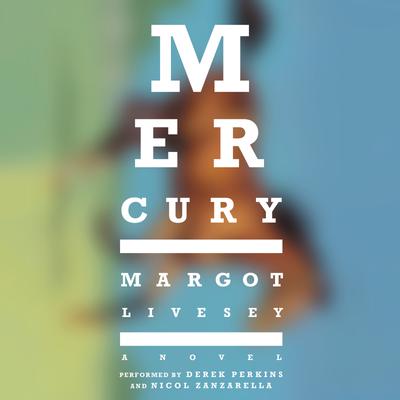 “This riveting psychological novel delves into the lives of Donald and Vivian, a married couple whose stability is threatened and ultimately undermined when Vivian, whose former life as an aspiring equestrian was cut short, meets Mercury, a magnificent horse with a tragic history. What unfolds may seem like destiny to Vivian, but to Donald, a staid and deliberate ophthalmologist still mourning the death of his beloved father, it tests everything he's ever known, including his faculty for navigating the world. A truly remarkable study of human nature and the blindspots that hinder us all.”

A taut emotional thriller about love, obsession and the secrets that pull a family apart.

Donald believes he knows all there is to know about seeing. An optician in suburban Boston, he rests assured that he and his wife, Viv, who works at the local stables, will live out quiet lives with their two children. Then Mercury—a gorgeous young racehorse—enters their lives and everything changes.

Viv’s friend Hilary has inherited Mercury from her brother after his mysterious death—he was riding Mercury late one afternoon and the horse returned to the stables alone. When Hilary first brings Mercury to board at the stables everyone there is struck by his beauty and prowess, particularly Viv. As she rides him, Viv dreams of competing with Mercury, rebuilding the ambitions of grandeur that she held for herself before moving to the suburbs. But her daydreams soon morph into consuming desire, and her infatuation with the thoroughbred quickly escalates to obsession.

By the time Donald understands the change that has come over Viv, it is too late to stop the impending fate that both their actions have wrought for them and their loved ones. A beautifully crafted, riveting novel about the ways in which relationships can be disrupted and, ultimately, destroyed by obsession, secrets and ever-escalating lies.