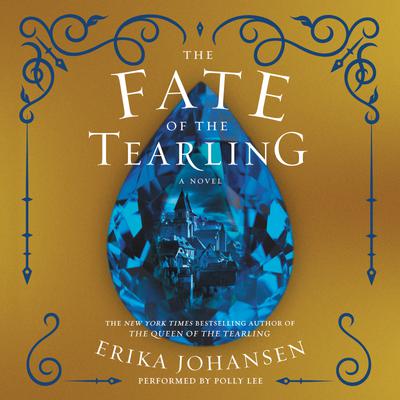 The Fate of the Tearling

The Fate of the Tearling

“Johansen has created an incredibly intense, intriguing, and completely captivating conclusion for her Tearling trilogy, that is sure to please all readers awaiting Queen Kelsea's fate. Rash, reckless, and filled with rage, Kelsea has surrendered to the Red Queen while unwittingly unleashing the Orphan, a threat so evil that both soon find themselves fighting together for their own survival. Will Kelsea unravel the mystery of her magical sapphires and save the Tear kingdom from ultimate destruction? Or, is she destined for an early demise thereby sealing the fate of the Tearling?”

In less than a year, Kelsea Glynn has transformed from a gawky teenager into a powerful monarch. As she has come into her own as the Queen of the Tearling, the headstrong, visionary leader has also transformed her realm. In her quest to end corruption and restore justice, she has made many enemies—including the evil Red Queen, her fiercest rival, who has set her armies against the Tear.

To protect her people from a devastating invasion, Kelsea did the unthinkable—she gave herself and her magical sapphires to her enemy—and named the Mace, the trusted head of her personal guards, regent in her place. But the Mace will not rest until he and his men rescue their sovereign, imprisoned in Mortmesne.

Now, as the suspenseful endgame begins, the fate of Queen Kelsea—and the Tearling itself—will finally be revealed.