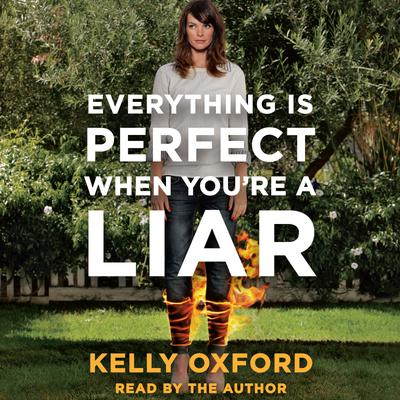 Everything Is Perfect When You're a Liar

A wunderkind producer of pirated stage productions for six-year-olds

Not the queen of the world

Capable of willing her eyesight to be 20/20

Totally an expert on strep throat

A certified therapy assistant who heals with Metallica mixtapes

"Not fat enough to be super snuggly." —Bea, age four

"Bitingly funny. But everybody knows that." —Roger Ebert

Sad that David Copperfield doesn't own a falcon