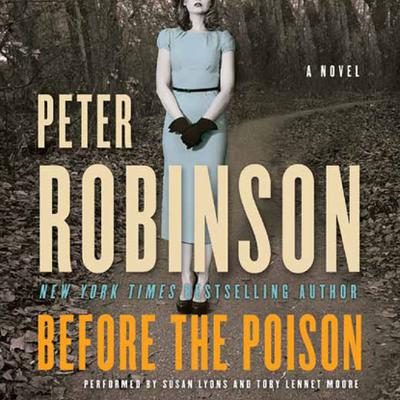 From New York Times bestselling author Peter Robinson comes this mesmerizing story-within-a-story about a man pulled into a murder from the past—and his quest to uncover the truth.

Quietly reeling from the death of his beloved wife, Chris Lowndes decides to return to the Yorkshire Dales after twenty-five successful years spent in Hollywood composing film scores. He purchases Kilnsgate House, a charming old mansion deep in the country, but something about the place disturbs him. His unease intensifies when he learns Kilnsgate was once the scene of a sensational murder. More than fifty years earlier, prominent doctor Ernest Arthur Fox was poisoned there, allegedly by his beautiful and much younger wife, Grace, who was subsequently tried, condemned, and hanged for the crime.

His curiosity piqued, Chris decides to investigate, and the more he discovers, the more convinced he becomes of Grace's innocence. Despite warnings to leave it be, his quest for the truth is soon leading him through dark shadows of the past . . . and into a strange web of secrets that lie perilously close to the present.

A complex, multi-layered thriller, Before the Poison is one of Peter Robinson’s most brilliant novels—and one readers won’t soon forget.

“A gripping tale that brings to mind not only old-time Hollywood but also British ‘golden age’ storytelling in the Agatha Christie and Daphne du Maurier tradition.”—Wall Street Journal