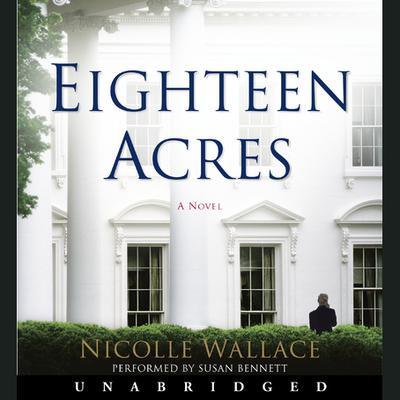 From the former Communications Director for the White House and current political media strategist comes a suspenseful and smart commercial novel about the first female president and all dramas and deceptions she faces both in politics and in love.

Eighteen Acres, a description used by political insiders when referring to the White House complex, follows the first female President of the United States, Charlotte Kramer, and her staff as they take on dangerous threats from abroad and within her very own cabinet.

Charlotte Kramer, the 45th US President, Melanie Kingston, the White House chief of staff, and Dale Smith, a White House correspondent for one of the networks are all working tirelessly on Charlotte’s campaign for re-election. At the very moment when they should have been securing success, though, Kramer’s White House implodes under rumors of her husband’s infidelity and grave errors of judgment on the part of her closest national security advisor. In an upheaval that threatens not only the presidency, but the safety of the American people, Charlotte must fight to regain her footing and protect the the country she has given her life to serving.

Eighteen Acres combines political and family drama into one un-put-downable novel. It is a smart, juicy and fast-paced read that we’re sure fans of commercial women’s fiction will fall in total love with.