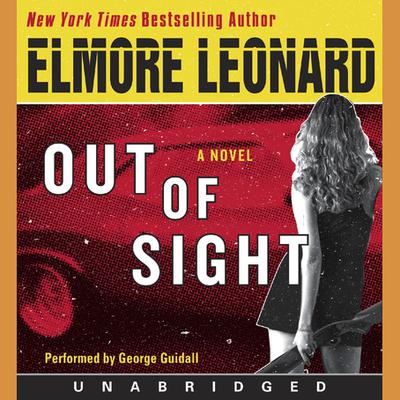 Before there was Raylan, there was Sisco... U.S. Marshal Karen Sisco is on the hunt for world-class gentleman felon Jack Foley in Out of Sight, New York Times bestselling author Elmore Leonard’s sexy thriller that moves from Miami to the Motor City.

Based on Miami, Florida's Gold Coast, U.S. Marshal Karen Sisco isn’t about to let a expert criminal like Jack Foley successfully bust out of Florida's Glades Prison. But there’s a major score waiting for him in Detroit, and a shotgun-wielding marshal isn’t going to stop Foley from getting it.

Neither counted on sharing a cramped car trunk—or on a sizzling chemistry that’s working overtime. As soon as Sisco escapes, Foley is already missing her.

Sisco can’t forget Foley either—and she isn’t about to let him go. Too bad the next time their paths cross, it’s going to be about business, not pleasure.