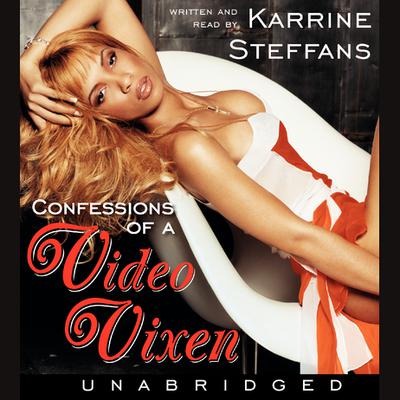 Confessions of a Video Vixen

Part tell-all, part cautionary tale, this emotionally charged memoir from a former video vixen nicknamed 'Superhead' goes beyond the glamour of celebrity to reveal the inner workings of the hip-hop dancer industry—from the physical and emotional abuse that's rampant in the industry, and which marked her own life—to the excessive use of drugs, sex and bling.

Once the sought-after video girl, this sexy siren has helped multi-platinum artists, such as Jay-Z, R. Kelly and LL Cool J, sell millions of albums with her sensual dancing. In a word, Karrine was H-O-T. So hot that she made as much as $2500 a day in videos and was selected by well-known film director F. Gary Gray to co-star in his film, A Man Apart, starring Vin Diesel. But the film and music video sets, swanky Hollywood and New York restaurants and trysts with the celebrities featured in the pages of People and In Touch magazines only touches the surface of Karrine Steffans' life.

Her journey is filled with physical abuse, rape, drug and alcohol abuse, homelessness and single motherhood—all by the age of 26. By sharing her story, Steffans hopes to shed light on an otherwise romanticised industry and help young women avoid the same pitfalls she encountered. If they're already in danger, she hopes to inspire them to find a way to dig themselves out of what she knows first-hand
to be a cycle of hopelessness and despair.