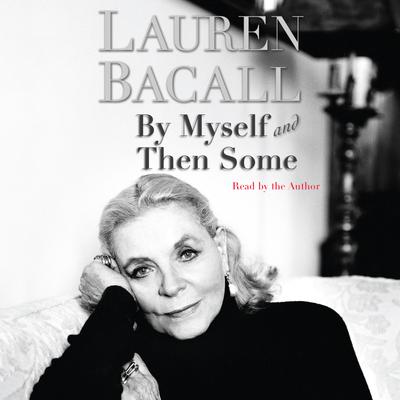 By Myself and Then Some - Abridged

The epitome of grace, independence, and wit, Lauren Bacall continues to astound generations with her audacious spirit and on-screen excellence. Together with Humphrey Bogart, she produced some of the most electric scenes in movie history, and their romance on and off screen made them Hollywood's most celebrated couple.

But when Bogart died of cancer in 1957, Bacall and their children had to take everything he had taught them and grow up fast. In a time of postwar communism, Hollywood blacklisting, and revolutionary politics, she mixed with the legends: Hemingway, the Oliviers, Katharine Hepburn, Bobby Kennedy, and Gregory Peck. She was engaged to Frank Sinatra and had a turbulent second marriage to Jason Robards. But Bacall never lost sight of the strength that made her a superstar and she never lost sight of Bogie.

Now, on the silver anniversary of its original publication, Bacall brings her inspiring memoir up to date, chronicling the events of the past twenty-five years, including her recent films and Broadway runs, and fond memories of her many close lifelong friendships. As one of the greatest actresses of all time turns eighty, By Myself and Then Some reveals the legend in her own beautiful frank words -- encapsulating a story that even Hollywood would struggle to reproduce.

Read by the author