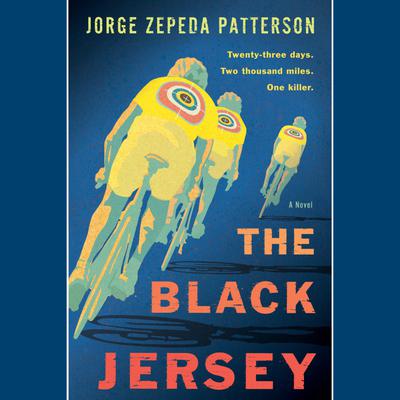 A fast-paced mystery where Murder on the Orient Express meets the Tour de France—someone’s killing off cyclists one by one.

Marc Moreau, a professional cyclist with a military past, is part of a top Tour de France team led by his best friend, an American star favored to win this year’s Tour. But the competition takes a dark turn when racers begin to drop out in a series of violent accidents: a mugging that ends in an ankle being crushed, a nasty bout of food poisoning, and a crash caused by two spectators standing where they shouldn’t. The teams and their entourages retreat into paranoid lockdown even as they must continue racing each day. The mountain inclines grow steeper and the accidents turn deadlier: a suspicious suicide, an exploded trailer, a loose wheel at the edge of a cliff. Marc agrees to help the French police with their investigations from the inside and becomes convinced that the culprit is a cyclist who wants to win at any cost. But as the victim count rises, the number of potential murderers—and potential champions—dwindles.

Marc begins to have the sickening realization that his own team has been most favored by the murderer’s actions, and in the final stages of the race Mark himself emerges as the only cyclist left who could possibly beat his best friend and win the Tour. Whom can Marc trust? Whom should he protect? What decision will he make if he’s asked to choose between justice, loyalty, and glory?

Praise for The Black Jersey

“Men, mountains, machines, speed, greed, and murder . . . Making a tour de force of the Tour de France, Jorge Zepeda Patterson does for cycling what Dick Francis did for horse racing. Warning! Strap on your helmets! This is no tale for wimps.”—Alan Bradley, author of the Flavia de Luce series

“The world of competitive cycling is stressful enough without adding suspicious accidents to the mixture. But that is exactly what happens in this thrilling and intrigue-filled novel. The Black Jersey has the pace and excitement of a world-class race.”—Alexander McCall Smith, author of the No. 1 Ladies’ Detective Agency series

“The Black Jersey is a joy from start to hair-raising finish line, even for someone like me who prefers a good meal to any kind of competitive sport. Bravo!”—M. L. Longworth, author of the Provençal Mystery series