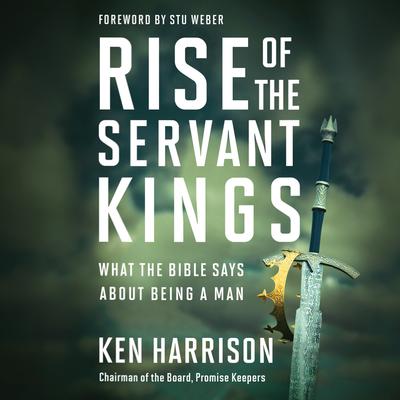 Rise of the Servant Kings

What the Bible Says About Being a Man

The blueprint for becoming the man you were made to be—in marriage, family, work, friendships, with God in all of life.

“If you want a no-nonsense guide to getting manhood right, this is it.”—Evander Holyfield, four-time world heavyweight champion

Guys often approach life like it’s a pickup football game. They make up the rules as they go. They are sloppy rather than disciplined. Many lose interest and simply watch from the sidelines. Yet a man who knows who he was made to be and what he’s pursuing is a powerful force indeed.

In Rise of the Servant Kings, Ken Harrison, the chairman of Promise Keepers and a former Los Angeles police officer, gives men the keys to success and gets them into the battle. He explains what we’re fighting for and the path that will lead to victory by reinforcing the importance of holiness, humility, courage, generosity, masculinity, marriage, parenting, prayer, and more. Through scriptures, stories, and an energizing discussion guide, Harrison helps men remember what matters, defeat the Enemy, and pursue their God-given goals with intensity and passion.

God’s plan for you as a man is bigger than you’ve dared to imagine. Stop settling for simply getting by and prepare to rise up as a servant king in every area of life.