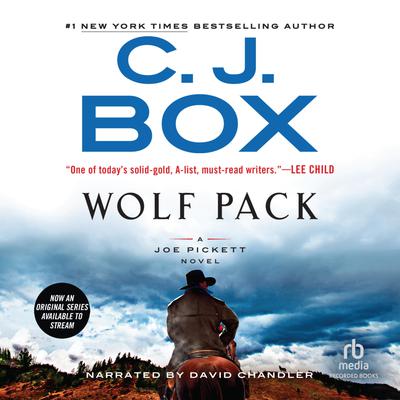 Wyoming game warden Joe Pickett encounters bad behavior on his own turf--only to have the FBI and the DOJ ask him to stand down--in the thrilling new novel from #1 New York Times-bestselling author C.J. Box. The good news is that Joe Pickett has his job back, after his last adventure in The Disappeared. The bad news is that he's come to learn that a drone is killing wildlife--and the drone belongs to a mysterious and wealthy man whose grandson is dating Joe's own daughter, Lucy. When Joe tries to lay down the rules for the drone operator, he's asked by the FBI and the DOJ to stand down, which only makes him more suspicious. Meanwhile, bodies are piling up in and around Joe's district in shocking numbers. He begins to fear that a pack of four vicious killers working on behalf of the Sinaloa cartel known as the Wolf Pack have arrived. Their target seems to be the mystery man and everyone--including Joe, Nate, and others--who are associated with him. Teaming up with a female game warden (based on a real person, one of the few female game wardens at work in Wyoming today) to confront these assassins, Joe finds himself in the most violent and dangerous predicament he's ever faced. 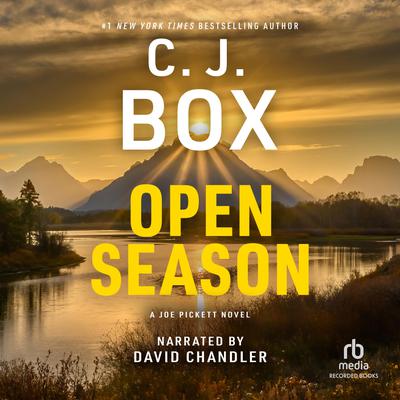 C.J. Box's Open Season is a rare debut mystery that "immediately sets itself apart from the crowd" (Booklist). This thrilling novel stars Joe Pickett, a game warden in Wyoming who finds his life in danger after he looks into a murder investigation and discovers a conspiracy involving an oil pipeline and its threat to an endangered species. "Box... Read more » 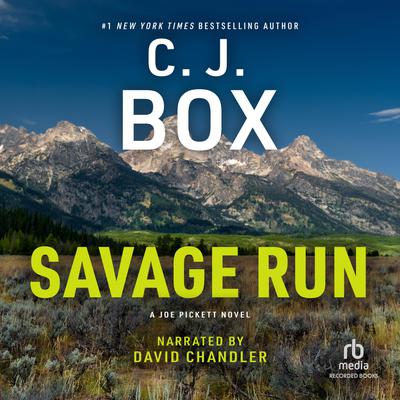 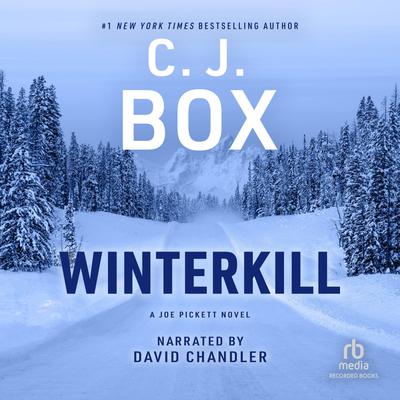 In the third adventure in C. J. Box's engrossing series, Joe Pickett finds himself at the center of a confrontation between a special investigative team and a group of government-hating survivalists campedout on federal land. With the help of a mysterious stranger, Joe lays his life on the line to protect an innocent girl before a wave of... Read more » 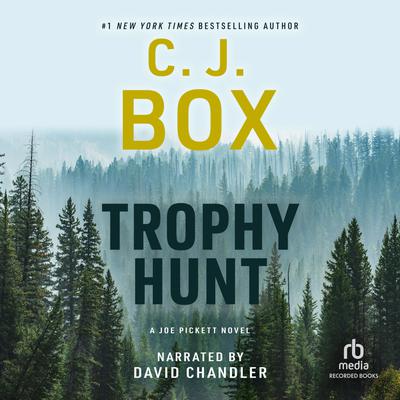 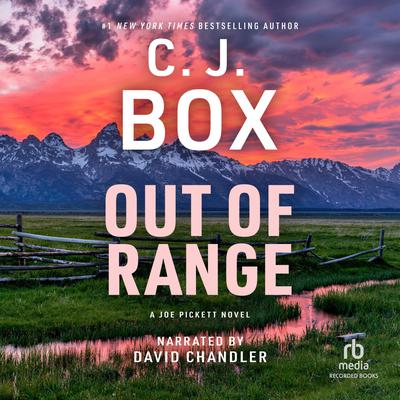 C. J. Box's best-selling Joe Pickett novels have earned him a spot on every serious suspense fan's shortlist of favorites. The tightly constructed Out of Range brings game warden Joe to a new, remote beat in Wyoming's vast countryside to investigate the suspicious death of the previous warden. ". if anything, Box is getting better. Recommended... Read more » 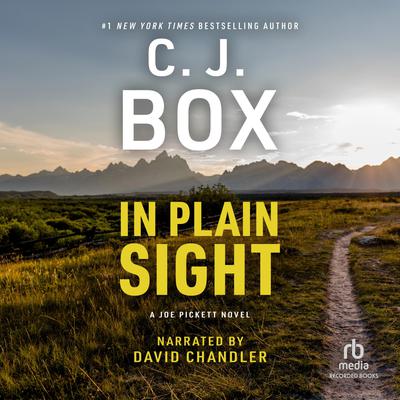 C. J. Box has won a host of awards, including the Anthony, Macavity, Gumshoe, and Barry. In Plain Sight sees game warden Joe Pickett's life take a turn for the worse after millionaire Opal Scarlett goes missing. As Pickett discovers more and more disturbing truths, it becomes clear that someone wants the dogged game warden to keep his nose out... Read more » 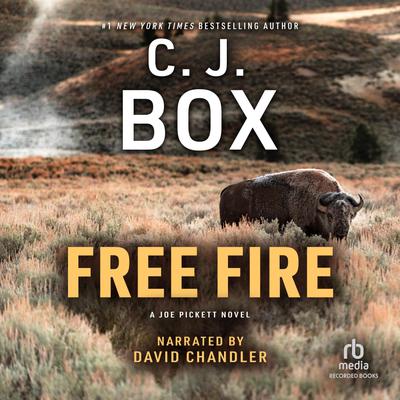 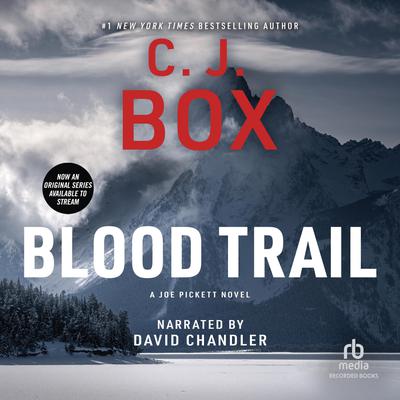 It's elk season in the Rockies, but this year one hunter is stalking a different kind of prey. When the call comes in on the radio, Joe Pickett can hardly believe his ears: game wardens have found a hunter dead at a camp in the mountains - strung up, gutted, skinned, and beheaded, as if he were the elk he'd been pursuing. A spent cartridge and a... Read more » 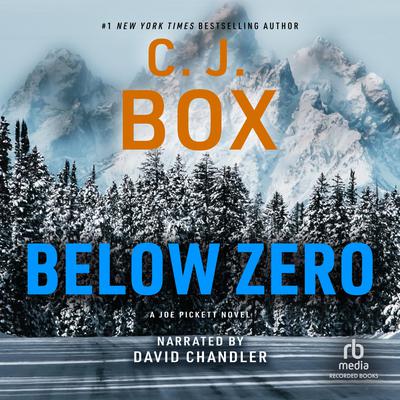 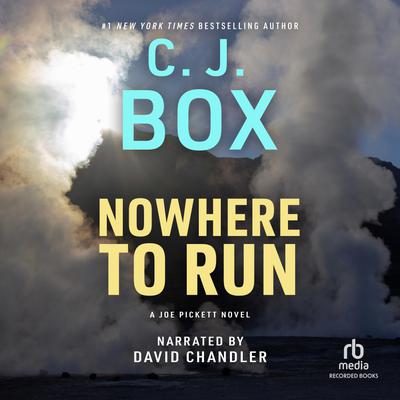 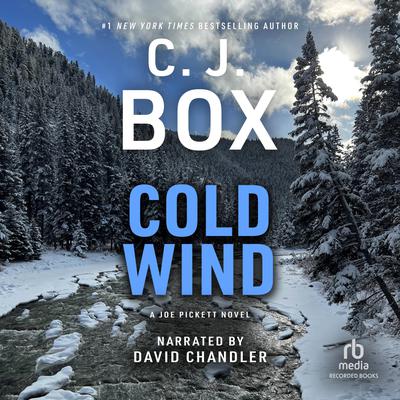 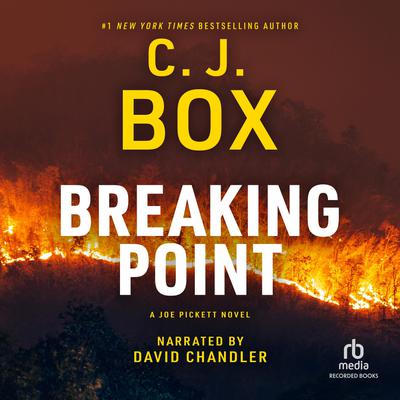 The recipient of Edgar, Anthony, and Macavity Awards, New York Times best-selling author C. J. Box has won almost every honor in his field. In Breaking Point, Wyoming game warden Joe Pickett is glad to catch up with old friend Butch Roberson, but then the man goes missing and is named a suspect in the death of two EPA employees. All signs point... Read more » 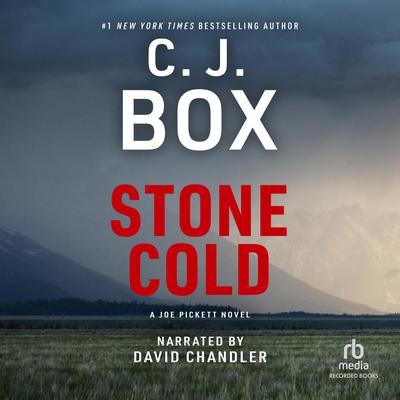 Everything about the man is a mystery: the massive ranch in the remote Black Hills of Wyoming that nobody ever visits, the women who live with him, the secret philanthropies, the private airstrip, the sudden disappearances. And especially the persistent rumors that the man' s wealth comes from killing people. Joe Pickett, still officially a game... Read more » 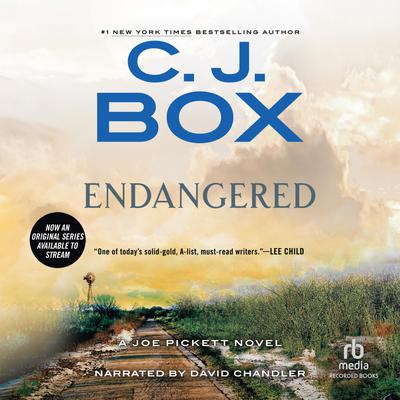 New York Times-bestselling writer C. J. Box returns with a thrilling new novel, featuring Wyoming game warden Joe Pickett. She was gone. Joe Pickett had good reason to dislike Dallas Cates, even if he was a rodeo champion, and now he has even more-Joe's eighteen-year-old ward, April, has run off with him. And then comes even worse news: The body... Read more » 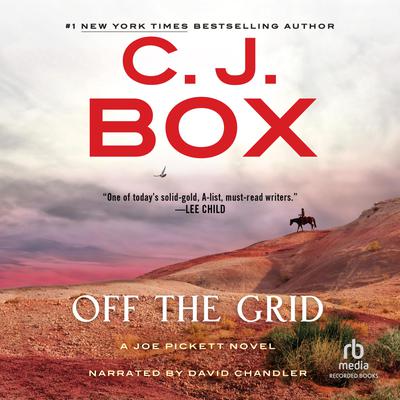 New York Times-bestselling author C. J. Box returns with a suspenseful new Joe Pickett novel. Nate Romanowski is off the grid, recuperating from wounds and trying to deal with past crimes, when he is suddenly surrounded by a small team of elite professional special operators. They're not there to threaten him, but to make a deal. They need help... Read more » 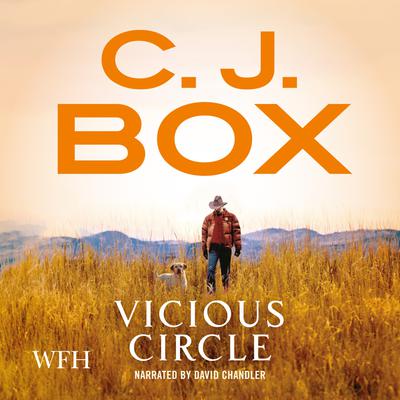 The plane circled in the dark. Down below, Joe Pickett could just make out figures in the snow and timber. Joe knew that he might be their next target. The Cates clan's history with the Picketts is about to come full circle. Game warden Joe Pickett struck a fierce blow against them when the life of his daughter April was endangered. But it... Read more » 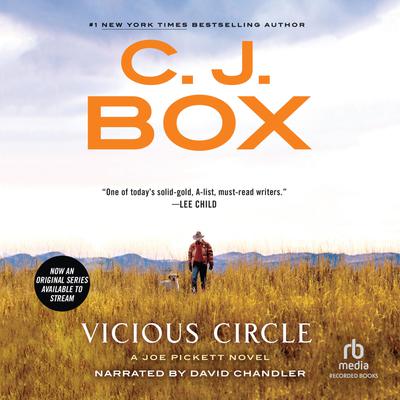 The plane circled in the dark. Joe Pickett could just make out down below a figure in the snow and timber, and then three other figures closing in. There was nothing he could do about it. And Joe knew that he might be their next target. The Cates family had always been a bad lot. Game warden Joe Pickett had been able to strike a fierce blow... Read more » 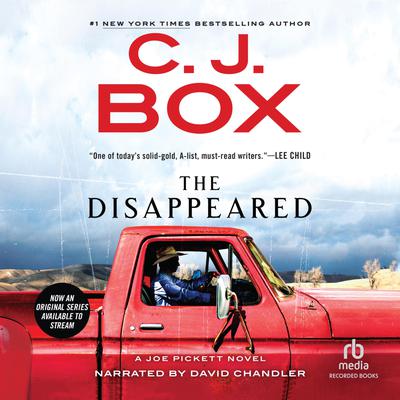 Wyoming game warden Joe Pickett has two cases to contend with, both of them lethal, in the electrifying new novel from the #1 New York Times-bestselling author. Wyoming's new governor isn't sure what to make of Joe Pickett, but he has a job for him that is extremely delicate. A prominent female British executive never came home from the high-end... Read more »

Wyoming game warden Joe Pickett encounters bad behavior on his own turf--only to have the FBI and the DOJ ask him to stand down--in the thrilling new novel from #1 New York Times-bestselling author C.J. Box. The good news is that Joe Pickett has his job back, after his last adventure in The Disappeared. The bad news is that he's come to learn... Read more » 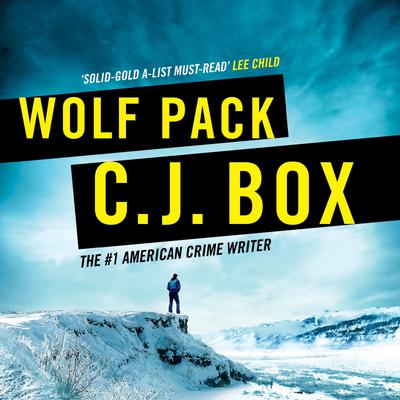 The good news is that Joe Pickett has his job back. The bad news is that Wyoming's Twelve Sleep County game warden is only days away from the most dangerous predators he's ever faced. Joe's working with Katelyn Hamm, his counterpart in adjacent Shell County, to trace a drone operator whose aerial acrobatics have been stampeding elk and deer to... Read more » 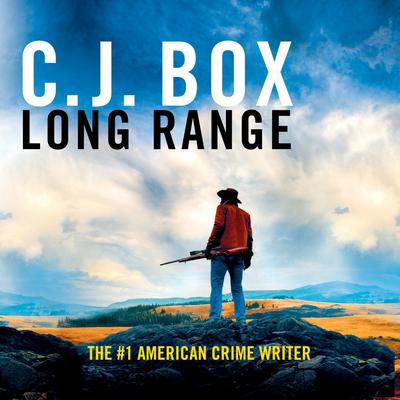 The wife of a prominent local judge is shot and killed on Wyoming game warden Joe Pickett's turf. But as Joe investigates, all signs point to the shot having been taken from an impossibly long distance. Joe has seen a lot in his time as warden, but he's never seen a killing like this. How could the shooting have been arranged? And who else is in... Read more » 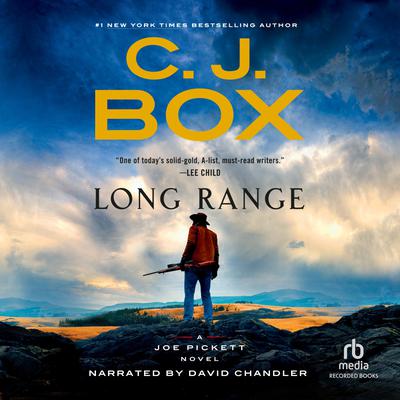 #1 New York Times bestseller C.J. Box returns with a blazing new Joe Pickett novel, in which the Wyoming game warden must investigate a murder that happens on his turf--a murder committed from a confoundingly long distance. When the wife of a prominent local judge is wounded on Wyoming game warden Joe Pickett's turf, all signs point to the shot... Read more » 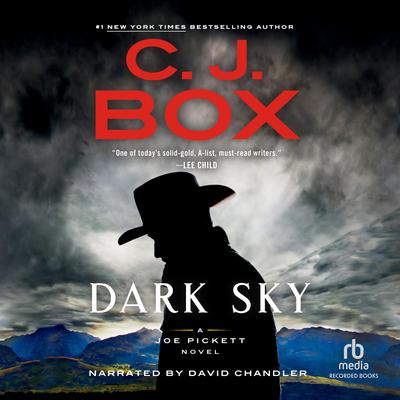 Wyoming game warden Joe Pickett must guide a Silicon Valley CEO on a hunting trip—but soon learns that he himself may be the hunted—in the thrilling new novel from #1 New York Times bestselling author C. J. Box. When the governor of Wyoming gives Joe Pickett the thankless task of taking a tech baron on an elk hunting trip, Joe reluctantly treks... Read more » 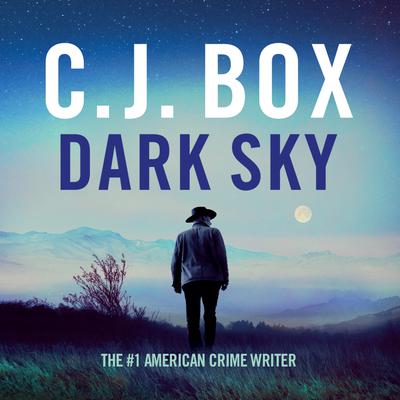 #1 New York Times bestseller C.J. Box returns with a new Joe Pickett novel. The governor of Wyoming has given game warden Joe Pickett the thankless assignment of taking a tech baron on a hunting trip. But unbeknownst to them, as they trek further into the wilderness, a hunter is hot on their heels. Joe must rely on his wits and his knowledge of... Read more » 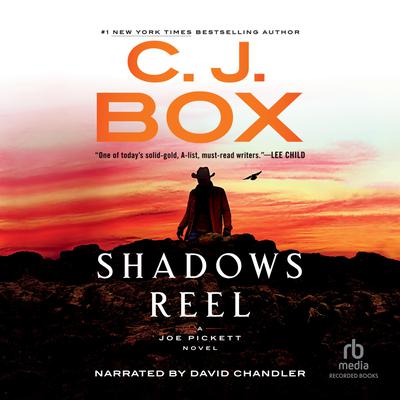 Wyoming Game Warden Joe Pickett's job has many times put his wife and daughters in harm's way. Now the tables turn as his wife discovers something that puts the Pickett family in a killer's crosshairs in this thrilling new novel in the bestselling series. A day before the three Pickett girls come home for Thanksgiving, Marybeth Pickett finds an... Read more » 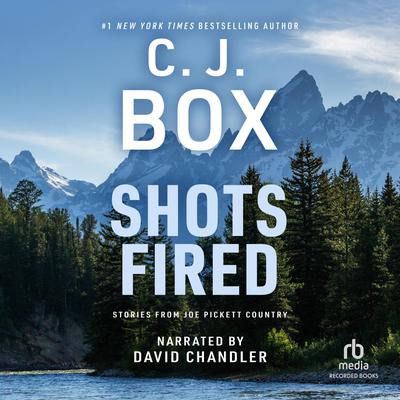 From C. J. Box, the New York Times -bestselling author of the Joe Pickett novels, comes a thrilling book of suspense stories about the Wyoming he knows so well-- and the dark deeds and impulses that can be found there. Over the course of eighteen books, C. J. Box has been consistently hailed for his brilliant storytelling and extraordinary... Read more » 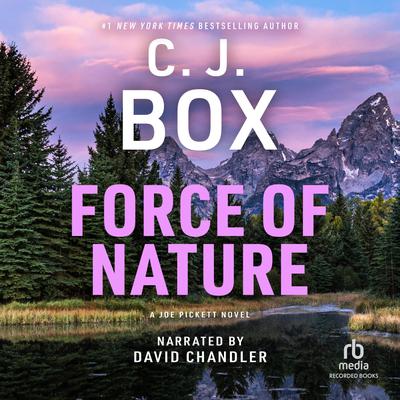 New York Times best-selling author C. J. Box delivers a novel starring Joe Pickett's sidekick, fan-favorite Nate Romanowski. In Force of Nature, trouble comes calling from Nate's past in the Special Forces, and the colleague he once called friend won't stop until those who know a deadly secret are silenced. Everyone close to Nate is at risk,... Read more »