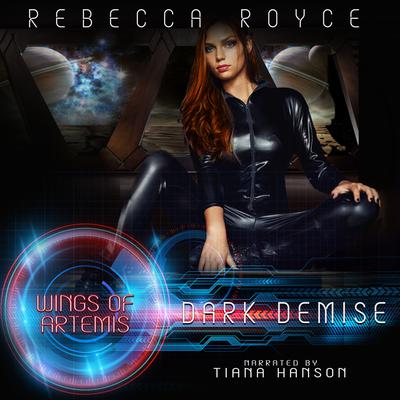 Waverly Sandler is nothing like her mad father. She’s a nurse. She takes care of people. She is fighting to live down her name. She’s also a sister, a friend, and someday, if the universe is kind, she hopes to be a lover and a wife.

Life at The Farm is one of constant activity, because freedom exacts a high price. When Waverly is tapped for a special assignment, she’s eager to rise to the task of being useful, but the last thing she expected was the attention of four of the strongest, most united group of men she’s ever met.

Ari, the doctor who sees things.

Jackson, the man determined to live down his past.

Rohan, the Super Soldier who longs to be a person.

Canyon, the Super Soldier who sees the possibilities of a better life.

They need her more than she could ever know, and will change her life in ways she could never anticipate.

All they have to do is survive war, disease, and time…

Waverly Sandler is nothing like her mad father. She’s a nurse. She takes care of people. She is fighting to live down her name. She’s also a sister, a friend, and someday, if the universe is kind, she hopes to be a lover and a wife.

Life at The Farm is one of constant activity, because freedom exacts a high price. When Waverly is... Read more » 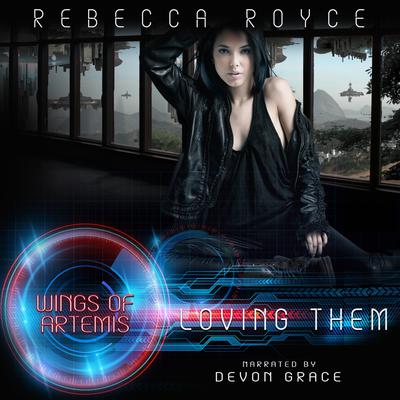 Saved from a life of suffering, Paloma Delacroix is determined to make the best life possible for herself, and for the four men she loves. Loving them is a challenge she never dreamed she’d be up for and one she refuses to fail. Before they can kickstart the life they all dream of, Thomas, Clay, Keith and Quinn McQueen will take Paloma back to... Read more » 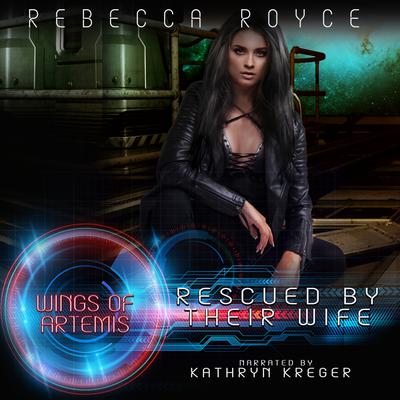 Rescued By Their Wife
Rebecca Royce

Rescued By Their Wife

And now their savior...

When a crazed-woman wants to take control of the universe, destroying all that defies her, it's up to Melissa Alexander to retrieve her memories and save those she loves the most. As the bonds of love tighten and the danger increases, Melissa must find the strength to fight in a world that... Read more » 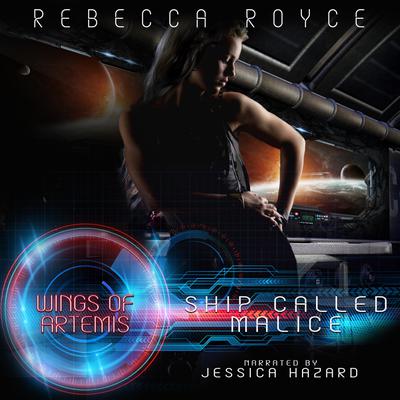 Saved from a wife auction that would have left her at the mercy of a madman, Priscilla wakes up married to three space pirates on a ship called Malice. They are rough but honorable men who carry secrets and years of pain. Priscilla isn’t sure how she will fit in their life.

River, Jordan, and Bo have made their way alone in the universe for... Read more » 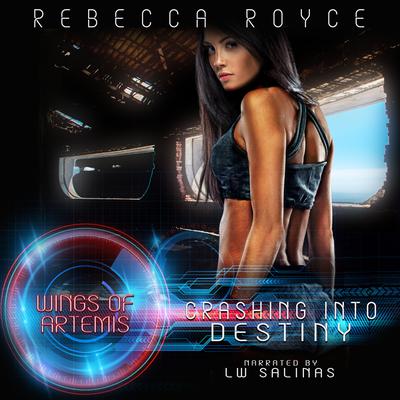 When one man can't steal her heart,

She gives it to five of them.

Restless and uncertain, Diana Mallory has no idea what path in life she wants to take. Unable to choose between marriage, pursuing a career, or spending her life praying with the Sisters of the Universe, Diana struggles with the course of her future. But when she's thrown through a... Read more » 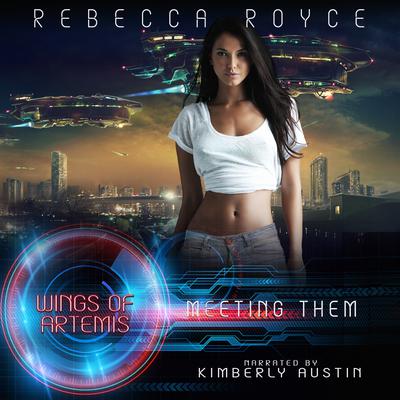 Paloma Delacroix has suffered greatly for a mistake in her youth. She dreams of a future she wonders if she can ever have. But for all her imagination, Paloma can’t predict what is about to happen. Thomas, Clay, Keith and Quinn McQueen are men with secrets and a past that keeps them on the run. But when life explodes around Paloma, the McQueens... Read more » 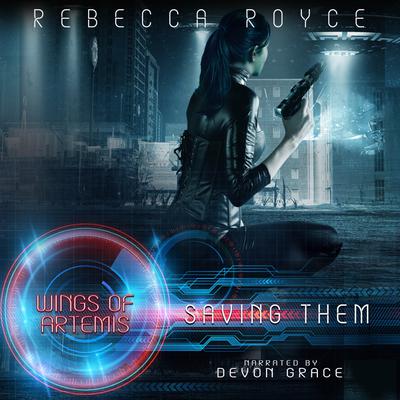 Paloma McQueen is a woman on a mission.

Loving the Sandler brothers in the midst of a war tearing their galaxy apart never promised to be easy but Paloma swore an oath to her husbands. Their challenges are hers, their war hers, their happiness… Everything she is and will be, she plans to be with them no matter what changes the conflicts wrought... Read more » 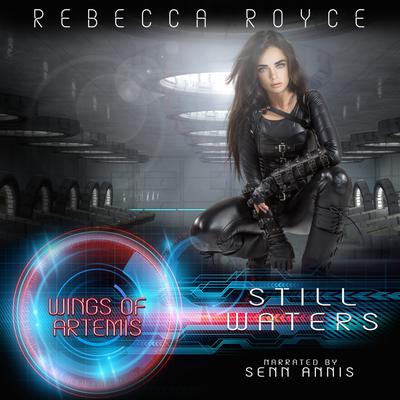 A smile can hide secrets…

Amber Delacroix Chen survived the hellish Evander bombing of Oceania to escape to The Farm. On the run from a miserable, unloved, and abused existence, she starts over. Safe amongst friends and family, she studies to be a doctor and to help in the war effort. Life at The Farm is often fraught with danger, but she’s faced... Read more » 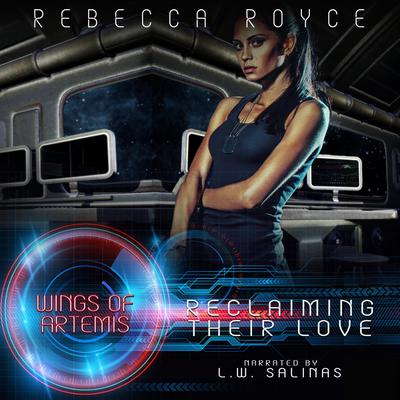 Diana Mallory lost everything when her five husbands were taken from her on the other side of the galaxy.

Back on the Milky Way side of the black hole, she’s deep into the war for Mars Station. Diana will do anything for her family, but every day is a living hell without the loves of her life. She assumes she’ll never see them again. But,... Read more » 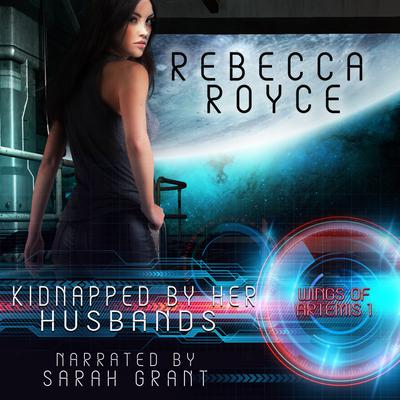 Kidnapped By Her Husbands
Rebecca Royce

Kidnapped By Her Husbands

No recollection of the past.

A baby grows inside her.

In a futuristic world where women are scarce and only the wealthy can afford a wife, Melissa Alexander is trapped in a prison rehabilitation center with no memory of who she is. The unborn child growing inside her is all that keeps them from making her pay for the sins she's... Read more » 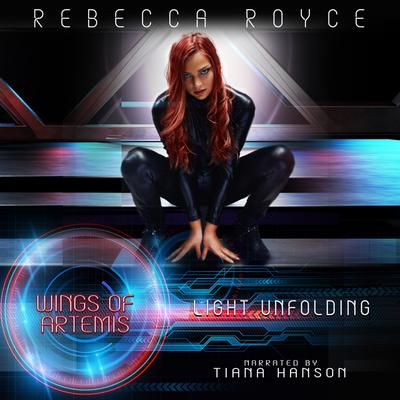 Time may be cruel, and space unforgiving, but their love is forever.

Hurled across time and space, Waverly Sandler lives in unexpected exile on a planet doomed to be destroyed. A nurse and caretaker, she finds herself going through the motions waiting for an inevitable end she cannot change and missing the four parts of her soul she left... Read more »