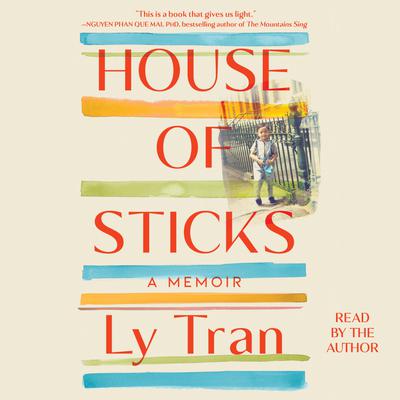 “The Asian-American experience can be summarized by the hardships they face in America. In this instance, it is a Vietnamese refugee family who migrated to Brooklyn in the 90s. As the narrator details family's difficulty with language, poverty, cultural shock, and generational gaps, the author learns to find her own sense of identity and self in this raw memoir of truth and what it means to be American.”

An intimate, beautifully written coming-of-age memoir recounting a young girl’s journey from war-torn Vietnam to Ridgewood, Queens, and her struggle to find her voice amid clashing cultural expectations.

Ly Tran is just a toddler in 1993 when she and her family immigrate from a small town along the Mekong river in Vietnam to a two-bedroom railroad apartment in Queens. Ly’s father, a former lieutenant in the South Vietnamese army, spent nearly a decade as a POW, and their resettlement is made possible through a humanitarian program run by the US government. Soon after they arrive, Ly joins her parents and three older brothers sewing ties and cummerbunds piece-meal on their living room floor to make ends meet.

As they navigate this new landscape, Ly finds herself torn between two worlds. She knows she must honor her parents’ Buddhist faith and contribute to the family livelihood, working long hours at home and eventually as a manicurist alongside her mother at a nail salon in Brownsville, Brooklyn, that her parents take over. But at school, Ly feels the mounting pressure to blend in.

A growing inability to see the blackboard presents new challenges, especially when her father forbids her from getting glasses, calling her diagnosis of poor vision a government conspiracy. His frightening temper and paranoia leave an indelible mark on Ly’s sense of self. Who is she outside of everything her family expects of her?

Told in a spare, evocative voice that, with flashes of humor, weaves together her family’s immigration experience with her own fraught and courageous coming of age, House of Sticks is a timely and powerful portrait of one girl’s struggle to reckon with her heritage and forge her own path.