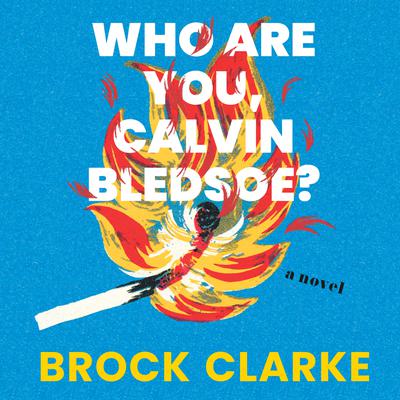 Who Are You, Calvin Bledsoe?

Who Are You, Calvin Bledsoe?

“Brock Clarke is a genius. His writing is consistently brilliant and stylish, which makes the quiet moments of human understanding even more striking. I LOVE this book — it is unexpected (like all his work — how can that be?), surprising, and profoundly moving. Fans of Jim Shepard and George Saunders will love Clarke and his new book about a middle-aged man whose discovery of a secret aunt (is she a spy? a fake? his mom? crazy?) leads him across Europe in pursuit of... well, he isn’t quite sure yet. I laughed out loud, I chortled, I snickered quietly, I gasped. I can see putting this book into the hands of fans of Less by Andrew Sean Greer and Where’d You Go Bernadette— readers who like to be surprised.”

With the comic unpredictability of a Wes Anderson movie and the inventive sharpness of a John Irving novel, author Brock Clarke introduces listeners to an ordinary man who is about to embark on an absurdly extraordinary adventure. After his mother, a theologian and bestselling author, dies in a fiery explosion, forty-nine-year-old Calvin Bledsoe's heretofore uninspired life is upended. A stranger shows up at the funeral, claiming to be Calvin's aunt Beatrice, and insists that Calvin accompany her on a trip to Europe, immediately.

As he and Beatrice traverse the continent, it quickly becomes apparent that his aunt's clandestine behavior is leading him into danger. Facing a comic menagerie of antiquities thieves, secret agents, religious fanatics, and an ex-wife who's stalking him, Calvin begins to suspect there might be some meaning behind the madness. Maybe he's not the person he thought he was? Perhaps no one is who they appear to be? But there's little time for soul-searching, as Calvin first has to figure out why he has been kidnapped, why his aunt disappeared, and who the hell burned down his house. Powered by pitch-perfect dialogue, lovable characters, and surprising optimism, Who Are You, Calvin Bledsoe? is a modern-day Travels with My Aunt, a novel about grabbing life, and holding on—wherever it may take you.