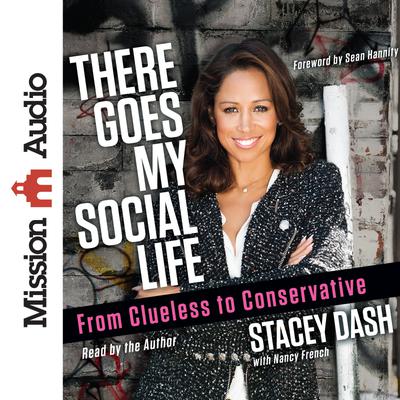 There Goes My Social Life

From Clueless to Conservative

Stacey Dash didn't have the ideal American childhood. Growing up in the South Bronx, her friends were the hustlers, hookers, and gang members who struggled in the face of futility, who sold drugs instead of living on food stamps, who settled matters with fists, knives, and guns because it seemed their only option, who stood tall against broken dreams. Dash's rough upbringing shaped the rest of her life—her relationships, her politics, even her faith. She has seen how conservative and liberal policies play out in the real world, and her experiences have made her the proud conservative she is today. That's why Stacey Dash, a Fox News contributor and Hollywood actress best known for starring in the 1995 classic Clueless, is now telling her story. Amidst all the heated racial rhetoric and the divisive language that flows from T.V., the Internet, self-appointed black spokespeople, and even President Obama, Dash feels compelled to speak out and say something true about race, politics, and America.