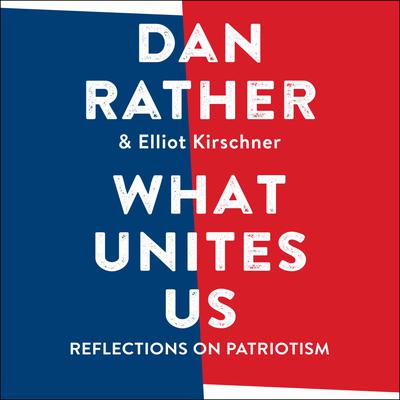 At a moment of crisis over our national identity, Dan Rather has been reflecting—and writing passionately almost every day on social media—about the world we live in, what our core ideals have been and should be, and what it means to be an American.

In a collection of original essays, the venerated television journalist, Dan Rather, celebrates our shared values and what matters most in our great country, and shows us what patriotism looks like. Writing about the institutions that sustain us, such as public libraries, public schools, and national parks; the values that have transformed us, such as the struggle for civil rights; and the drive toward science and innovation that has made the United States great, Rather will bring to bear his decades of experience on the frontlines of the world's biggest stories, and offer readers a way forward.

After a career spent as reporter and anchor for CBS News, where he interviewed every living President since Eisenhower and was on the ground for every major event, from the assassination of John F. Kennedy to Watergate to 9/11, Rather has also become a hugely popular voice of reason on social media, with nearly two million Facebook followers and an engaged new audience who help to make many of his posts go viral. With his famously plainspoken voice and a fundamental sense of hope, Rather has written the book to inspire conversation and listening, and to remind us all how we are ultimately united. 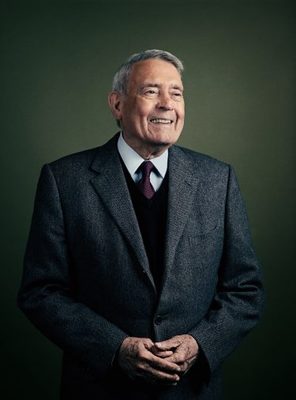 Dan Rather is an American journalist and former news anchor for CBS Evening News. Known as “the hardest working man in broadcast journalism,” he has reported on a variety of historical events, including the assassination of President John F. Kennedy; the civil rights movement; the wars in Vietnam, Afghanistan, the Persian Gulf, and Iraq; the terror attacks of September 11, 2001; and many others. He has received numerous Emmy Awards, as well as seven Peabody Awards. He is the author of numerous New York Times bestsellers, including Rather Outspoken: My Life in the News, The American Dream, The Camera Never Blinks, and more.

“This pairs Rather's already-familiar voice with a perspective that focuses on the institutions that keep democracies alive, the values that change societies, and how the U.S. can continue to move forward and prosper.”

“Profoundly topical. . . . Rather's writing shows why he has won the admiration of a new generation. In these essays, he gives voice to the marginalized and rips off the journalistic shield of objectivity to ring the alarm bell when he witnesses actions he fears undermine the principles of American democracy.”

“Provides a pleasant alternative to the reliance on vitriol and irony in modern political discourse . . . Rather has issued a stirring call for overcoming today's strident partisanship. ”