A Land of Books

Our world, little brother, is an amoxtlalpan, a land of books. In the jungles where the jaguar dwells, the Mayas make books. In the mountains the cloud people, the Mixtecs, make them as well. So do others in the coast and in the forests. And we the Mexica of the mighty Aztec empire, who dwell in the valley of the volcanoes, make them too. A young Aztec girl tells her little brother how their parents create beautiful painted manuscripts, or codices. She explains to him how paper is made from local plants and how the long paper is folded into a book. Her parents and others paint the codices to tell the story of their people’s way of life, documenting their history, science, tributes, and sacred rituals. Inspired by the pre-Columbian codices, this story tells how—contrary to the historical narrative that European colonizers bestowed “civilization” and knowledge to the Americas—the Aztec and their neighbors in the Valley of Mexico painted books and records long before Columbus arrived, and continued doing so among their Nahua-speaking descendants for generations after the Spanish Conquest.

Duncan Tonatiuh is an award-winning Mexican-American author and illustrator. His books include the Pura Belpre Honor Award winners Dear Primo, Diego Rivera, and Pancho Rabbit and the Sibert Honor Award winners Separate Is Never Equal and Funny Bones. Born in Mexico, he graduated from Parsons School of Design in New York City. He is inspired by Pre-Columbian art, and his aim is to create images and stories that honor the past in a way that is relevant today.

Carolina Hoyos is an Afro-Indigenous (Quechua-Kichwa) stage and film actor, director, voiceover artist, and musician. A fellow in La Skins Fest Native American TV Writers Lab, she earned a coveted spot on the LA County Artist Roster, is a West Hollywood Directing Artist Grantee, and is in development with It's Personal on her debut solo show. She performs regularly with the comedy troupes Dad Jeans and Nightpantz and the theater artist ensemble Native Voices at The Autry. 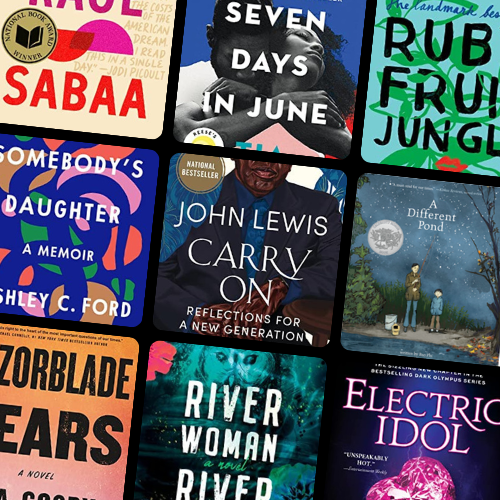