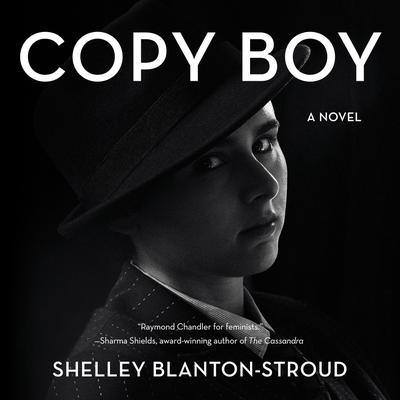 “This is Raymond Chandler for feminists.” —Sharma Shields, author of The Cassandra

"An engrossing work of fiction. An expressive and striking story that examines what one does for family and for oneself." --Kirkus Reviews

“Underneath a neatly crafted thriller is a deeper story about social mobility, gender inequality, and the higher hurdles women — particularly those of a lower class — are sometimes forced to jump over in order to make a name for themselves.” —Paperback Paris

Jane’s a very brave boy. And a very difficult girl. She’ll become a remarkable woman, an icon of her century, but that’s a long way off.

Not my fault, she thinks, dropping a bloody crowbar in the irrigation ditch after Daddy. She steals Momma’s Ford and escapes to Depression-era San Francisco, where she fakes her way into work as a newspaper copy boy.

Everything’s looking up. She’s climbing the ladder at the paper, winning validation, skill, and connections with the artists and thinkers of her day. But then Daddy reappears on the paper’s front page, his arm around a girl who’s just been beaten into a coma one block from Jane’s newspaper―hit in the head with a crowbar.

Jane’s got to find Daddy before he finds her, and before everyone else finds her out. She’s got to protect her invented identity. This is what she thinks she wants. It’s definitely what her dead brother wants.