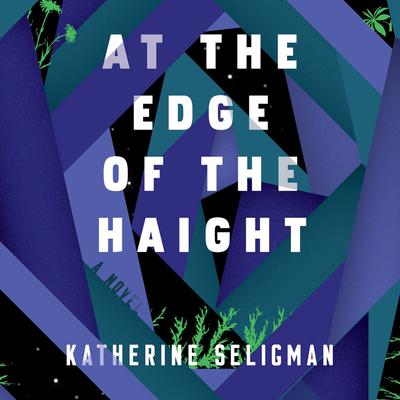 At the Edge of the Haight

At the Edge of the Haight

“Katherine Seligman has created a completely immersive and gripping depiction of modern-day homelessness. Spending her days on the streets and her nights in Golden Gate Park, Maddy Donaldo is most comfortable by herself or with her small group of friends. When she stumbles onto a murder scene, however, she's forced to expand her circle to include police, the victim's family, and even the murderer himself. The story itself feels raw and authentic, deftly handling a reality that for most people exists outside of what we can realistically imagine. At the same time, Maddy's search for family, home, and security is deeply relatable for any young person just starting out in adulthood, regardless of the circumstances. Through both vivid external details and the thoughtful inner life of the main character, this book changed the way I see my own streets and the people who walk through them.”

Maddy Donaldo, homeless at twenty, has made a family of sorts in the dangerous spaces of San Francisco’s Golden Gate Park. She knows whom to trust, where to eat, when to move locations, and how to take care of her dog. It’s the only home she has. When she unwittingly witnesses the murder of a young homeless boy and is seen by the perpetrator, her relatively stable life is upended. Suddenly, everyone from the police to the dead boys’ parents want to talk to Maddy about what she saw. As adults pressure her to give up her secrets and reunite with her own family before she meets a similar fate, Maddy must decide whether she wants to stay lost or be found. Against the backdrop of a radically changing San Francisco, a city which embraces a booming tech economy while struggling to maintain its culture of tolerance, At the Edge of the Haight follows the lives of those who depend on makeshift homes and communities.

As judge Hillary Jordan says, “This book pulled me deep into a world I knew little about, bringing the struggles of its young, homeless inhabitants—the kind of people we avoid eye contact with on the street—to vivid, poignant life. The novel demands that you take a close look. If you knew, could you still ignore, fear, or condemn them? And knowing, how can you ever forget?”