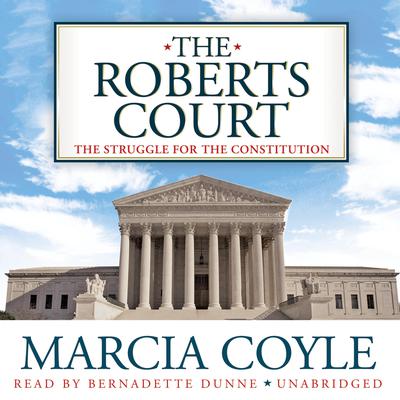 The Struggle for the Constitution

Seven minutes after President Obama put his signature to alandmark national health care insurance program, a lawyer in the office ofFlorida GOP attorney general Bill McCollum hit a computer key, sparking a legalchallenge to the new law that would eventually reach the nation’s highestcourt. Health care is only the most visible and recent front in a battle over themeaning and scope of the US Constitution. The battleground is the SupremeCourt, and one of the most skilled, insightful, and trenchant of its observerstakes us close up to watch it in action.

Marcia Coyle’s brilliant inside account of the high court captures howthose cases began—the personalities and conflicts that catapulted them onto thenational scene—and how they ultimately exposed the great divides among thejustices, such as the originalists versus the pragmatists on guns and theSecond Amendment, and corporate speech versus human speech in the controversialCitizens United campaign case. Most dramatically, her analysis shows howdedicated conservative lawyers and groups are strategizing to find cases andcrafting them to bring up the judicial road to the Supreme Court with an eye ona receptive conservative majority. The Roberts Court offers aringside seat at the struggle to lay down the law of the land.

Notice to our customers about The Roberts Court