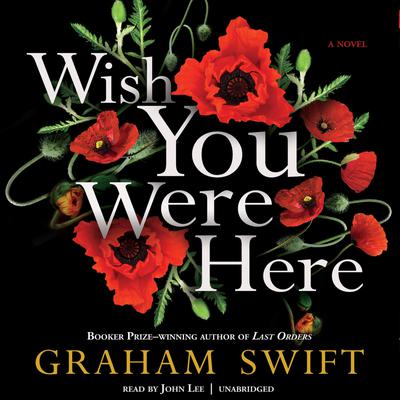 On an autumn day in 2006, on the Isle of Wight, Jack Luxton, former Devon farmer and now the proprietor of a seaside caravan park, receives the news that his soldier brother, Tom, not seen for years, has been killed in Iraq.

For Jack and his wife, Ellie, this will have a potentially catastrophic impact. For Jack in particular it means a crucial journey—to receive his brother’s remains, but it is also a journey into his own most secret, troubling memories and into the land of his and Ellie’s past.

Wish You Were Here is both a gripping account of things that touch and test our human core and a resonant novel about a changing England. Rich with Graham Swift’s love of the local and full of humor and tenderness in the face of tragedy, it is also, inescapably, about a wider, afflicted world. Moving toward an almost unbearably tense climax, it allows us to feel the stuff of headlines—the return of a dead soldier from a foreign war—as heart-wrenching personal truth.

Notice to our customers about Wish You Were Here