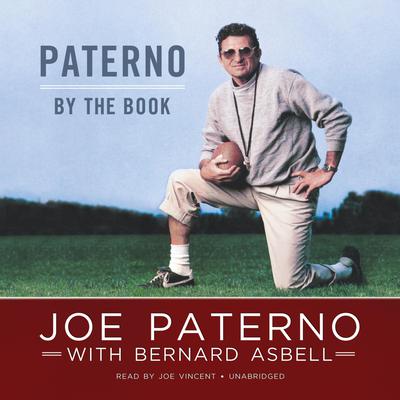 Here are the Paterno principles: the straight word from the curious quarterback and English major who went from Brooklyn to Brown to Penn State, who lost his way to law school and became instead America’s best-loved coach.

With the help of a first-rate biographer and friend, Bernard Asbell, Joe Paterno tells his story, sharing his life’s principles and touching on a number of important subjects, including family, heroes, management, leadership, loyalty, teamwork, discipline, motivation, and of course, football strategy.

After listening to his story, you will understand why Joe Paterno was voted Coach of the Year four times and was the first football coach ever chosen as Sports Illustrated’s Sportsman of the Year; how he racked up more than four hundred victories, two national championships, and twenty-four bowl-game victories; and why his proudest stats involved the remarkable graduation rates of his players.

Notice to our customers about Paterno