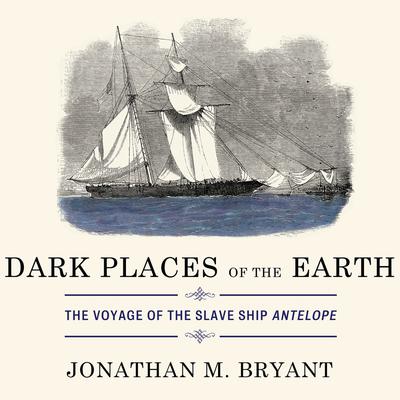 Dark Places of the Earth

The Voyage of the Slave Ship Antelope

A dramatic work of historical detection illuminating one of the most significant--and long-forgotten--Supreme Court cases in American history. In 1820, the slave ship Antelope was captured off the Florida coast. Though the slave trade was prohibited, slavery was still legal in half of the United States, and it was left to the Supreme Court to determine whether nearly 300 Africans on board were considered slaves and if so, to whom they belonged. Mining untapped archives, Jonathan M. Bryant recounts the Antelope fraught journey across the Atlantic, leading up to the momentous courtroom battle of 1825 that defined the moral and legal implications of slavery for a generation and was enormously influential in the Amistad trial. For Havana ports to the West African coast, from Georgia plantations to a Liberian settlement, Dark Places of the Earth creates a multidimensional portrait of the global slave trade. Bryant's work restores the Antelope to its rightful place as one of the most shocking and unjustly forgotten episodes in America legal history.