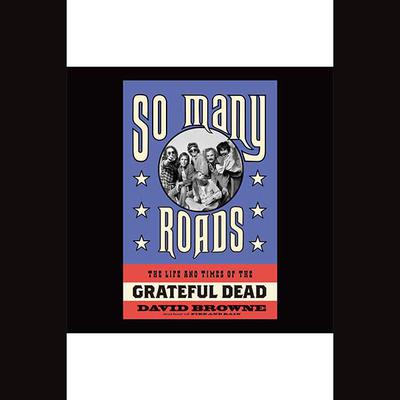 The Life and Times of the Grateful Dead

The Grateful Dead's long, strange trip has been the subject of countless books—but none like So Many Roads. Drawing on new interviews with surviving members and people in their inner circle along with previously unknown details gleaned from the group's extensive archives, David Browne, acclaimed music journalist and contributing editor at Rolling Stone, lends the Dead's epic story the vivid feel of a novel. He sheds new light on the band's beginnings, music, dynamics, and struggles since Jerry Garcia's death in 1995.

No longer dismissed as relics of the hippie era, a new generation has lionized the Dead for creating a culture that paved the way for social networking, free music swapping, and the uncompromising anti-corporate attitude of indie rock. Now, fifty years after the band first began changing rock 'n' roll—both sonically and psychically—So Many Roads paints the most vivid portrait yet of the Grateful Dead, one of the most enduring institutions in American music and culture.