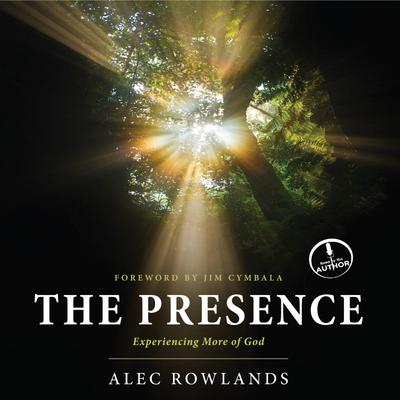 Do you long for an experience with God that will change your life?

On a dark night in a small South African church, Alec Rowlands encountered God in a staggering, powerful, and umistakable way. Though he was only eleven years old at the time, he knew that nothing would ever be the same.

Yet as Alec’s journey continued — he grew up, moved to America, and became a pastor — he began to wonder why his spiritual life hadn’t kept pace with his boyhood experience. Why did he so often feel God’s absence more than his presence? Where was the passion he had once felt?

Compelled by his questions, Alec began to study historic revivals and transforming movements of God. What he discovered altered his perspective forever.

In The Presence, Alec shares what he has learned about the God who invites us into an encounter that C. S. Lewis likened to meeting an untamed lion. Whose very presence overwhelms our senses and transforms our lives. Who draws near and changes everything, including the way we think about God.

Dive into this audio and savor The Presence. As you listen, you’ll realize anew that God is good. He is powerful. He is here.