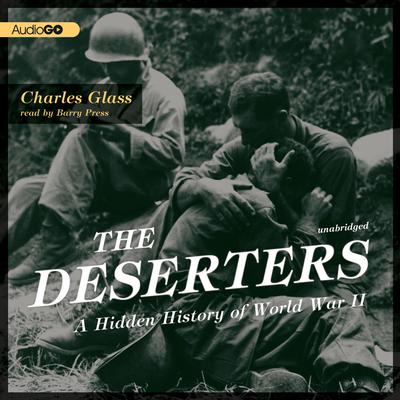 An account that redefines the ordinary soldier in the Second World War, The Deserters is a breathtaking work of historical reportage, weaving together the lives of forgotten servicemen even as it overturns the assumptions and prejudices of an era. The Deserters reveals that ordinary soldiers viewed “desertion” as a natural part of conflict, as unexpected and inexplicable as bravery. Men who had fought fearlessly in the mountains of Italy were cowering wrecks a year later in the mountains of France; a man who fled from tanks in the desert showed superior courage in the D-Day amphibious landings. Many frontline soldiers saw no shame in these contradictory reactions and sought ways to comfort their comrades to fight another day.

With all the grace and pace of a novel, The Deserters moves beyond the false extremes of courage and cowardice to reveal the true experience of the Allied soldier. This is the story of men such as Private Alfred Whitehead, a Tennessee farm boy who earned Silver and Bronze Stars for bravery in Normandy—yet became a gangster in postliberation Paris, robbing Allied supply depots along with restaurants and ordinary citizens. It is the story of British soldiers such as Private John Bain, who deserted three times but fought well in North Africa and northern France until German machine-gun fire cut his legs from under him. The core of The Deserters resides with men such as Private Stephen Weiss, an idealistic boy from Brooklyn who enlisted at seventeen. On the Anzio beachhead and in the Ardennes forest, as an ordinary infantryman and an accidental partisan in the French Resistance, Weiss shed his illusions about the nobility of conflict and the infallibility of the American military.

Leading us through the moral twists and turns of The Deserters is Charles Glass, renowned journalist and author of the critically acclaimed Americans in Paris. Meticulously researched and deeply revelatory, The Deserters remains at its heart an unforgettable war story that, like the very best of the genre, deals with ordinary men struggling to fulfill the vast and contradictory expectations imposed upon them.

Notice to our customers about The Deserters