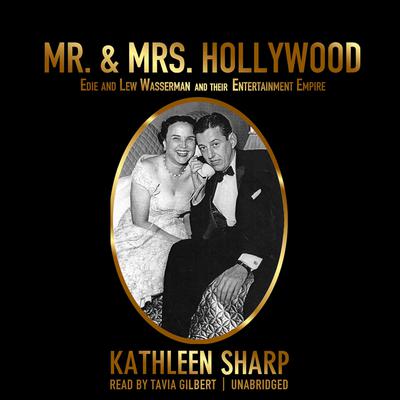 Edie and Lew Wasserman and Their Entertainment Empire

Ever wonder why so many B actors wind up as A-grade politicians? Or how the casting couch worked? Acclaimed author Kathleen Sharp traces the influence of show business through the lives of its first power couple. Edie and Lew Wasserman built the world’s largest talent agency, MCA, created the multibillion-dollar Universal Studios, and helped shape Washington, DC. Starting from MCA’s birth in gangland Chicago, Lew represented stars such as Jimmy Stewart and Marilyn Monroe; pioneered TV with Leave It to Beaver and Miami Vice; spawned the blockbuster movie model with Psycho and Jaws; and developed a mega–theme park. His savvy wife, Edie, was the daughter of a mob attorney, the queen of A-list parties, and Lew’s secret agent who boosted their status. Yet, the couple was attacked by rivals, federal prosecutors, and their own protégés. Even so, over the course of seven decades they managed to vanquish their enemies and parlay their influence far beyond Sunset Strip into governors’ mansions, Senate chambers, and the White House. At the end, Edie and Lew became diplomats, kingmakers, and philanthropists, who elevated the fortunes of middle-class workers and California itself. Based on some four hundred interviews, this book features Janet Leigh, Clark Gable, Grace Kelly, John Belushi, Jean Stein, and Steven Spielberg along with the Kennedys, the Johnsons, the Reagans, and the Clintons. It’s a fascinating read about how two kids from Cleveland created the largest entertainment conglomerate in the world and wound up ruling twentieth-century America.

Notice to our customers about Mr. & Mrs. Hollywood