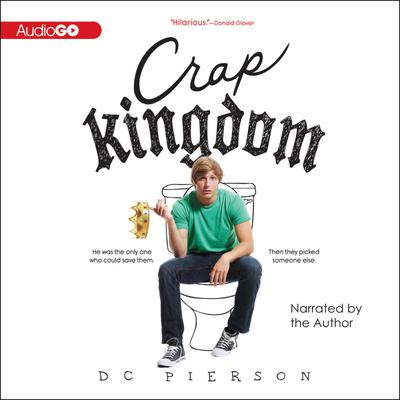 The Chosen One must beretrieved from Earth.He will bring down the wall and restore the kingdom toglory.His name is Tom Parking.

With this mysterious yet oddly ordinary-lookingprophecy, Tom’s fate is sealed: he’s been plucked from his life and whiskedaway to a magical kingdom to be its Chosen One.

There’s just one problem—thekingdom is mostly made of garbage from Earth. Okay, well, two problems, the secondbeing that the king hates Tom. Also, the princess likes to wear fake mustaches.And being Chosen One seems to consist mainly of cleaning out rats’ noses at theRoyal Rat-Snottery.

So, basically, the kingdom sucks.

When Tom turns down the jobof Chosen One, he thinks he’s making a smart decision. But when Tom discovershe’s been replaced by his best friend Kyle, who’s always been cooler, moreathletic, and better with girls, Tom wants Crap Kingdom back—at any cost. Andthe hilarity that ensues will determine the fate of the universe.

Notice to our customers about Crap Kingdom