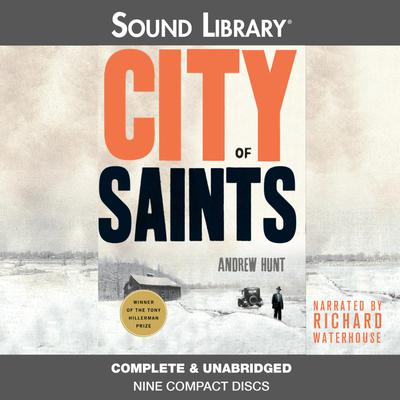 To the outside observer, Salt Lake City seems to be the squeaky-clean “City of Saints”—its nickname since Mormon pioneers first arrived. Its wide roads, huge Mormon temple topped by a horn-blowing angel, and orderly neighborhoods give it the appearance of the ideal American city. But looks can be deceiving. When beautiful socialite Helen Kent Pfalzgraf turns up dead, Salt Lake County Deputy Art Oveson—a twentysomething husband, dad, and devout Mormon just getting his start—finds himself thrust into the role of detective. With his partner, a foul-mouthed, vice-ridden former strikebreaker, he begins to pursue Pfalzgraf’s murderer (or murderers). Their search takes them into the dark underbelly of Salt Lake City, a place rife with blackmail, corruption, and murder. Throw in a cowardly sheriff seeking reelection, a prominent local physician with a host of skeletons in his closet, and swirling rumors of an affair between the murder victim and an elusive Hollywood star, and you’ve got City of Saints, a mystery based on a true yet largely forgotten murder that once captivated the nation but still remains unsolved eighty years later.

Notice to our customers about City of Saints