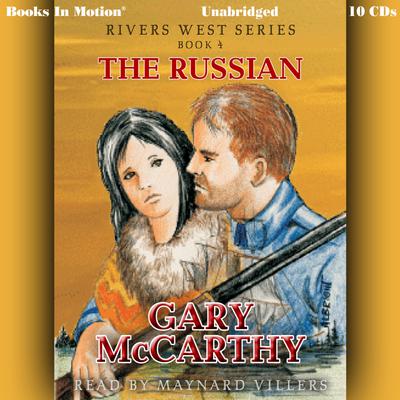 Along the harsh north California coast the otters swam, enough to fill the Russian's trading ships with valuable pelts. So there they raised an outpost. But inland lay another land, a river wilderness where game and grizzly thrived. Into this wild land, stripped of his rank for marrying an Indian girl, Lieutenant Anton Rostov is cast. He is a man without a country, but still he is a man. He can hunt, trap, and conquer. And he discovers a power greater than his allegiance to a faraway Czar - the lure of a new world and the sweeping current of the Russian River.

Bold men and women risked their lives in the vast western wilderness to carve a life for themselves...to hunt, to trade, to fight, to love. One such man was Robert Burns “The Dancer” Maclean, who found his destiny in the mountains above the Yellowstone, the swift river that rumbles through two majestic waterfalls flowing onto the vast plains of... Read more » 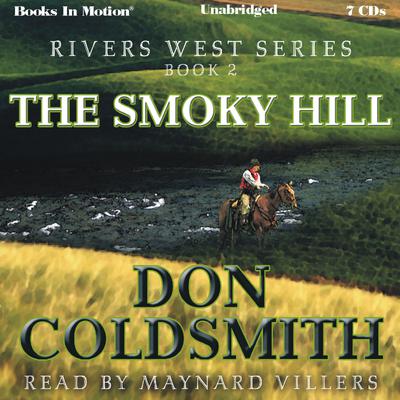 Through the rolling grasslands of Kansas runs the Smoky Hill River, a rich source of opportunity for those bold enough to risk the dream-killing territory. For Gabe, mountain-man and scout, the river means freedom and a chance to map unexplored territory with the Great Pathfinder, John Charles Fremont. For Lem, an Illinois farm boy in pursuit of... Read more » 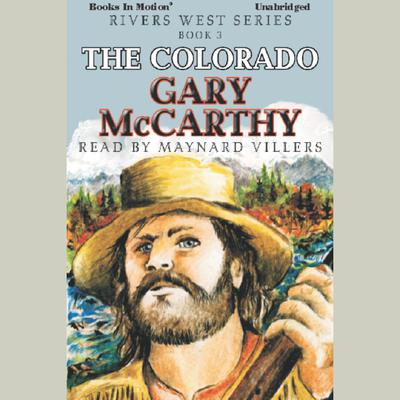 When the rest of the West was already won...the mountains remained unspoiled and deadly. The men and women who tamed this savage land were tough, lawless and, when necessary, as mean as the traps they carried. They lived by a private code of proud honor and swift justice. Burly, Isaac Beard was the living embodiment of that mountain code. To... Read more »

Along the harsh north California coast the otters swam, enough to fill the Russian's trading ships with valuable pelts. So there they raised an outpost. But inland lay another land, a river wilderness where game and grizzly thrived. Into this wild land, stripped of his rank for marrying an Indian girl, Lieutenant Anton Rostov is cast. He is a... Read more » 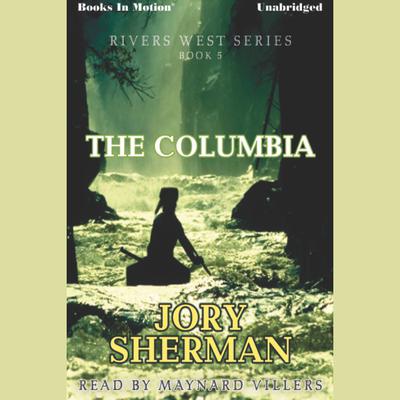 Haunting, majestic, powerful, the Columbia River flowed down from the rugged Rockies, through the deep, forbidden forests, and across the open plain. Along its banks, bold, strong men of ambition and enterprise sought their fortune. It was a time and a place where the fur trade could make you wealthy...or get you killed. The race to riches along... Read more » 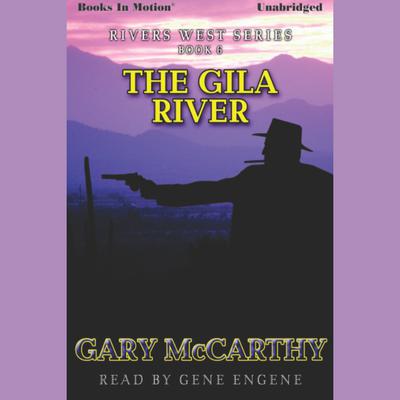 The Gila River flows gently through the parched Sonoran Desert and along its banks fierce Apaches, Pima farmers, Spaniards and brash Americans all vie for control in a harsh and unforgiving land: Miguel Santana a young Spaniard abandoned by his comrades; his Pima son Vitorio; Jacova, a woman whose indomitable spirit tamed a mighty Apache... Read more » 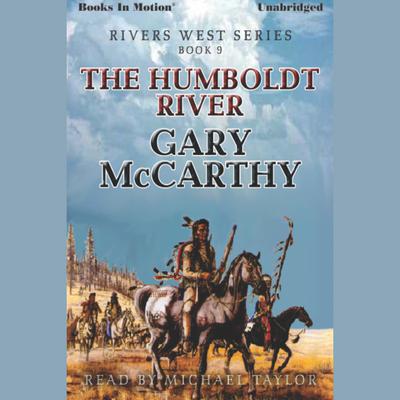 For many bold pioneers headed west, the sweetest sight of all was the Humboldt River, a crooked ribbon of silver snaking through Nevada into California. But to Libby Pike and her family, the Humboldt brought sudden disaster. Stranded with her young daughter, Libby found herself surrounded by hostile renegades and an unforgiving wilderness. Then... Read more » 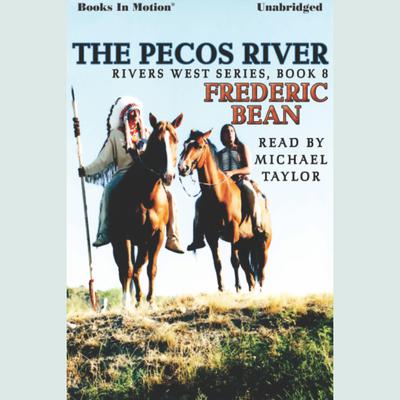 Buck Wallace, a lone white man in the land of the Kwahadie Comanche, was determined to make his home by the Pecos River. He vowed to live alongside the Kwahadies and carve his own private paradise out of the wilderness. But the trail to peace was long, hard and stained with the blood of the few who went before him. He would have to brave the... Read more »

Flare O'Flaherty, of Irish descent, mountain man and gambler, agrees to lead a group of missionaries down the Snake River to the remote headquarters of Hudson's Bay Company. Along the way, he faces the greatest challenges of a wandering man's lifetime in the form of Margaret Jewel, a beautiful, strong-willed teacher of Indian children, and a... Read more » 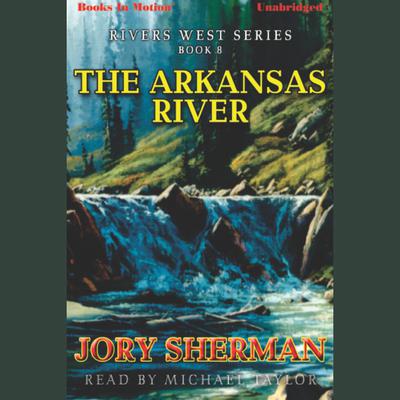 Eastward, as far as the eye could see, stretched the Great Plains. Westward rose the Rockies, snow-capped peaks of grandeur. In the middle flowed a mighty river - silent, glistening, and turbulent - the bloodline of a wide and wild land. Three hard, tough men staked their claims on its potent shores; Jake Stonecipher, pioneer merchant, seeking... Read more » 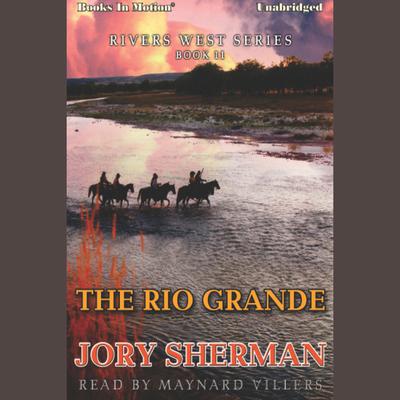 From the distant mountains, through the vast deserts to the Gulf of Mexico flows the Rio Grande River, giving life, promising adventure, shaping empires. And across its banks fought the Americans, the Mexican Army, the Shoshone, the Utes and the Arapaho Indians. Matthew Caine, an American agent working against the Mexican Army, also known as "El... Read more » 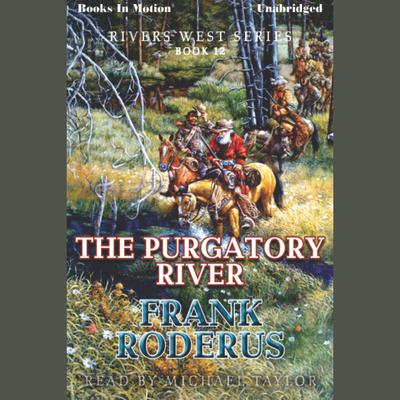 Amid the magnificent desolation of the American Southwest ran a river of hope, bringing life to the desert, and pioneers to a forbidding land. They gathered on the banks of the Purgatory...wandering souls on the run from the past...or in search of the future: Hernan Eduardo and his sister Elena, posing as husband and wife to hide her shame;... Read more »

The northern Cheyenne still called the lush Powder River country their sacred home. But now, far to the south in harsh Indian Territory, the bitter remnants of that once mighty nation were growing feeble and dying. To survive, they must return to their ancestral home across 1500 miles, eluding pursuit by thousands of well-armed soldiers. Joining... Read more » 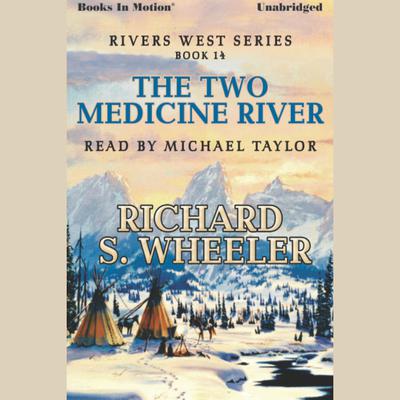 Down the eastern slopes of the Rockies, out upon the Great Plains, and into the heart of Blackfeet country flows the Two Medicine River. To this wild and beautiful land come a pair of young wanderers, half-breeds born of two worlds... but belonging to neither. Marie Therese de Paris - driven by the ancestral fires in her spirit - sets out on a... Read more » 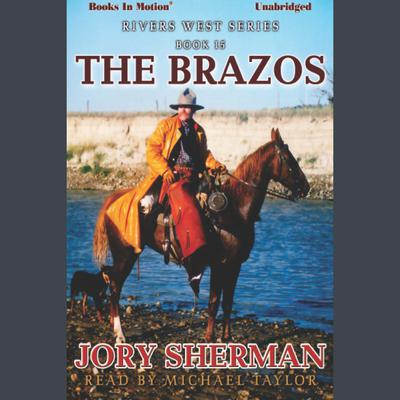 Through a harsh land of mesquite and prickly pear, scattered oaks and carpets of stubborn grass, the Brazos River wound its way south to the Gulf of Mexico. To its banks came settlers from across America, daring men and women who dreamed of owning ranches and farms, building homes for their families, and one day establishing a United States... Read more » 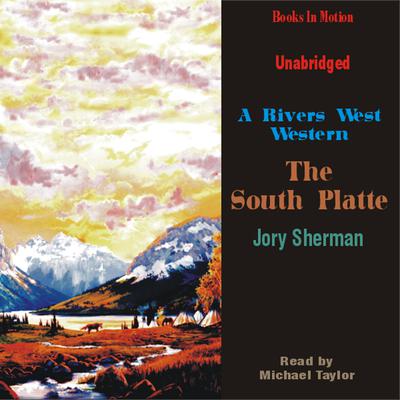 At the far western edge of the Great Plains, where the prairie meets the mountains, flows the South Platte, drawing farmers, traders and trappers to land long held sacred by two proud tribes. As the pioneers stake claims beside the pure waters of the rive Read more » 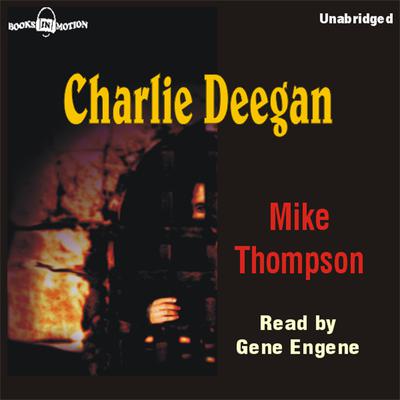 John Augustus Sutter came to the wide and wild California country to build an empire. At his side was Morgan Beck, out to stake his own claim at the confluence of two powerful rivers, the Sacramento and the American. 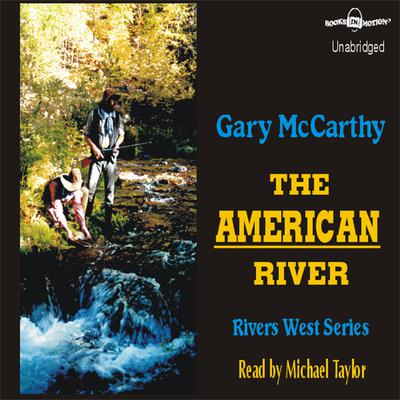 John Augustus Sutter came to the wide and wild California country to build an empire. At his side was Morgan Beck, out to stake his own claim at the confluence of two powerful rivers, the Sacramento and the American. Read more » 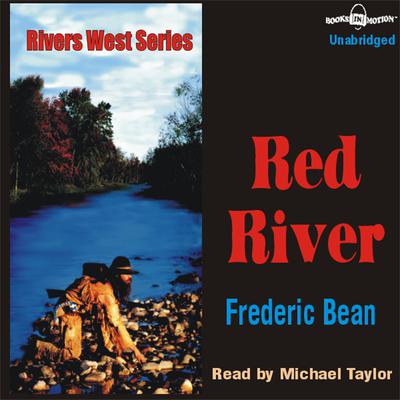 Flatboat pilot Eli McBee and his partner Seth Booker leave their former life on the great Mississippi River to seek their fortunes out west. Drawn by the promise of an unspoiled paradise rich in furs, they set their sights on the banks of the uncharted Re Read more »

Dylan Campbell came from the East and was swept up in the westward movement. A would-be priest, he signed up with Nor’West Company to bring God to the Indians. But as Dylan traveled across the mighty Saskatchewan in the company of a mystical wanderer called the Druid, he saw acts of violence, carnality, and evil he could never have imagined. At... Read more »