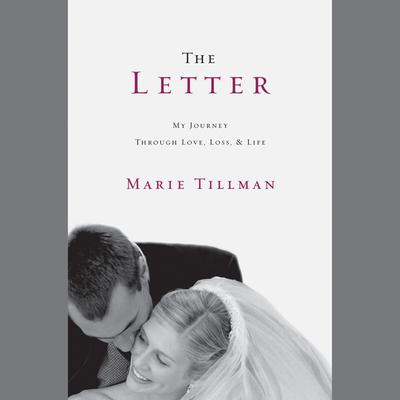 My Journey Through Love, Loss, and Life

In 2003, Pat Tillman, serving in the US Army, hastily wrote a "just in case" letter to his wife, Marie. When he returned on leave before his departure to Afghanistan, he placed the letter on top of their bedroom dresser. For months it sat there, sealed and ever-present, like a black hole through which Marie knew her stable life would be pulled if she ever had reason to open it. Then, in April 2004, Marie's worst nightmare came true. In the days following his death, it was Pat's letter that kept her going and, more than that, it was his words that would help her learn to navigate a world she could no longer share with her husband.

In The Letter, Marie's talks for the first time about her journey to remake her life after Pat's death. In it, she recalls meeting and falling in love with Pat when they were kids, his harrowing decision to join the army after 9/11, and the devastating day when she learned he'd been killed. She describes how she withdrew from the public spotlight to grieve, learning along the way the value of solitude, self-awareness and integrity in the healing process. And, finally, Marie recounts her work to rebuild her life, including founding The Pat Tillman Foundation, an organization established to carry forth Pat's legacy of leadership, and her decision to step back into the public eye in order to inspire people to live with meaning and purpose.

Filled with the lessons Marie learned and the wisdom she gained since Pat's death, The Letter is both a heartrending love story and an inspiring tale for anyone, young or old, whose life has taken an unexpected hard turn -- and who struggles to get back on the right path.