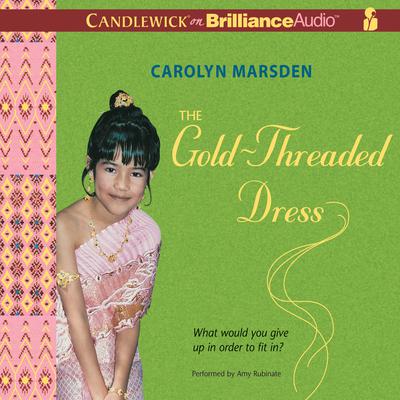 In Thailand, Oy was called by her own name, but in her first school in America, the teacher renames her Olivia. Everything else is different too. The other girls leave her out of their games, and a boy named Frankie teases her. Then Liliandra, a popular girl in the class, sees a photo of Oy in her Thai dancing dress and offers to let Oy into her club if she brings the dress to school. Oy knows that would be a betrayal of her family’s traditions, but she wants so much to belong. At home, fingering the pink silk of her dress, Oy makes a decision.

“Marsden writes with keen observation and finesse about the social dynamics of the classroom and with simplicity reveals the layers of emotion experienced by Oy.” —Booklist (starred review)

“A simple story about the painstaking effort of trying to fit in.” —School Library Journal