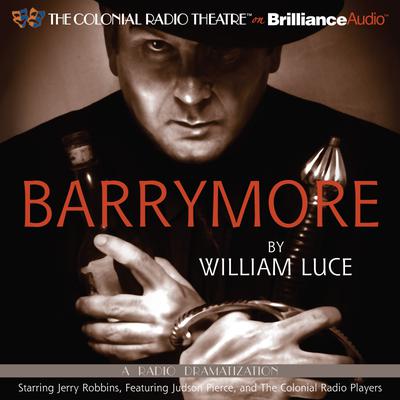 John Barrymore was the black sheep of America’s most illustrious acting family. Celebrated for his charisma and matinee idol looks, he was for awhile America’s most popular actor. Famous for his stage roles in Richard III and Hamlet, he also made more than fifty films. But alcoholism soon dissipated his talents, and he became known more for his Falstaffian behavior and outrageous high jinx than for his art. In Barrymore, William Luce has adapted his acclaimed Broadway hit especially for audio in this stunning production.