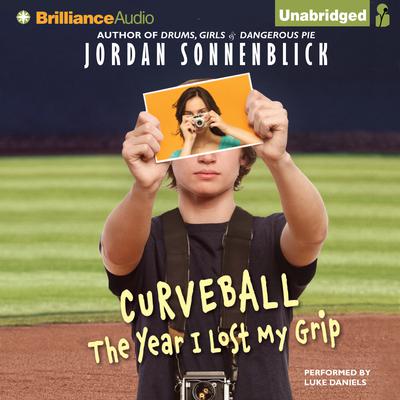 The Year I Lost My Grip

There’s nothing All Star pitcher Peter Friedman loves more than baseball. It’s his life. He breathes baseball, dreams about it, and works his tail off to be great. Most kids are nervous about starting high school, but Pete’s amazing arm is going to make his life pretty easy. When you’re the star, girls, popularity, and all-around stud status are sure to follow.

But Pete’s freshman year doesn’t turn out as planned. A pitching accident over the summer ruins his arm. If he can’t play baseball, what is he supposed to do? If he isn’t the star pitcher, then who is he? Pete’s best friend and pitching partner, AJ, doesn’t believe Pete—he tells him he’ll be back to his normal self by spring training. To make matters more complicated, there’s something going on with Pete’s grampa—he’s acting weird and keeps forgetting important things, and Pete’s mother doesn’t want to talk about it.

The only person Pete can confide in is Angelika, the amazingly cute girl in his photography class who might like Pete as much as he likes her…only Angie doesn’t know if she can date someone who can’t be honest with himself, or with the people he’s closest to.