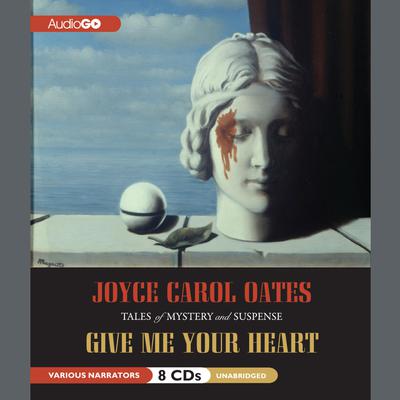 Give Me Your Heart

Tales of Mystery and Suspense

The need for love—obsessive, self-destructive, unpredictable—takes us to forbidden places, as in the chilling world of Give Me Your Heart, a new collection of stories by the inimitable Joyce Carol Oates.

In the suspenseful “Strip Poker,” a reckless adolescent girl must find a way of turning the tables on a gathering of increasingly threatening young men—can she “outplay” them?

In “Smother!” a young woman’s nightmare memory of childhood brings trouble on her professor mother—which of them will win?

In “Split/Brain” a woman who has blundered into a lethal situation confronts the possibility of saving herself—will she take it?

In “The First Husband,” a jealous man discovers that his wife seems to have lied about her first marriage, and exacts a cruel revenge, years after the fact.

Notice to our customers about Give Me Your Heart