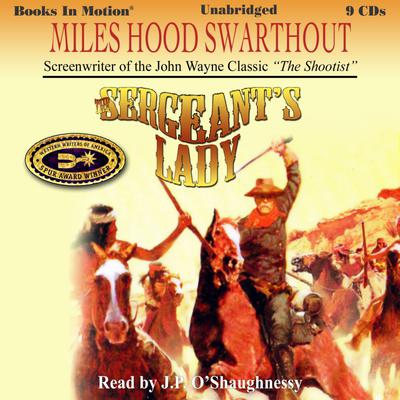 Deep in the untamed Southern Arizona Territory, the United States Army embarks on a final campaign to rid the area of the remaining Apache warriors and capture and kill their famed war chief Geronimo. Legendary for their relentless battle tactics and astounding survival skills, the Apache make a fearsome enemy, able to cut down man, woman, and child in silence, and transverse undetected throughout the rocky terrain. General Nelson A. Miles is determined to bring a swift end to the war against the Apache. He is also a seasoned Indian fighter, having defeated the Comanche, Sioux, and Cheyenne to the sound of his creed: "Always advance." On his side is Sergeant Ammon Swing and a unique, experimental communications system designed to keep the brigade alert to surrounding dangers. Caught in the middle of the Army and the Apache is Jacob Cox, a rancher trying to bring peace and a new life to his hard patch of land, and to his sister, Martha. Martha is a woman perfectly suited to her wild new home, able to shoot down an Indian and match wits with any soldier. In the unforgiving desert and treacherous mountains of the Arizona frontier, an unexpected love grows between Martha and Sergeant Swing. The affair leads Martha, her brother, and the army towards a harrowing encounter with the Apache, where some will meet their ends with the blast of a shotgun, while others will rise to become honored heroes.