The Thin Man introduces Nick and Nora Charles, New York’s coolest crime-solving couple. Nick retired from detecting after his wife inherited a tidy sum, but six years later a pretty blonde spies him at a speakeasy and asks for his help finding her father, an eccentric inventor who was once Nick’s client. Nick can no more resist the case than a morning cocktail or a good fight, and soon he and Nora are caught in a complicated web of confused identities and cold-blooded murder.

Dashiell Hammett (1894–1961) was an American author of hard-boiled detective novels and short stories. He is widely regarded as one of the finest mystery writers of all time. In addition to The Maltese Falcon, his pioneering novels include Red Harvest, The Dain Curse, The Glass Key, and the #1 New York Times bestseller The Thin Man.

William Dufris began his audio career in London, England. He co-found the audio production company The Story Circle, Ltd in the UK. In the US, he founded Mind’s Eye Productions and co-founded Rocky Coast Radio Theatre in addition to The AudioComics Company, for which he is producer, director, actor and engineer. Durfis was nominated six times as a finalist for the APA's prestigious Audie Awards. He garnered eighteen Golden Earphones Awards through AudioFile magazine, which honored him as one of The Best Voices at the End of the Century. Of his work, AudioFile said, "William Dufris commands a dazzling array of voices that bring to life the dozens of audiobooks he’s narrated." His audiobook credits include many of Newt Gingrich and William R. Forstchen, Ph.D.'s works, such as Days of Infamy and Pearl Harbor, in addition to George McGovern’s Abraham Lincoln, Neal Stephenson’s Cryptonomicon and John Scalzi’s The Ghost Bridges.

Dufris acted on stage and in television and is best known as the original North American voice of the cartoon character Bob in Nickelodeon's popular children's show, Bob the Builder. Additionally, he worked with legendary director Dirk Maggs on his audio drama productions of Spider-Man. 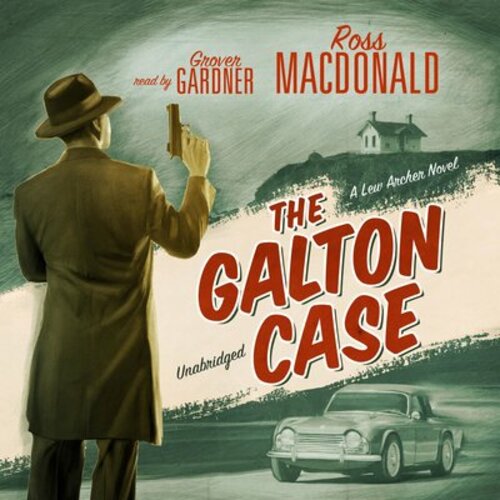 “The most breathless of Hammett’s stories.”

“None of [Hammett’s] creations proved as endearing as Nick and Nora Charles, the wisecracking crime fighters of The Thin Man, his final novel.”

“All the wit of Nick and Nora is there, and the plot from the book needed no change to make the film one of the greatest American mystery comedies ever…Try it for a great sense of the good life in the New York of the 1930s.”