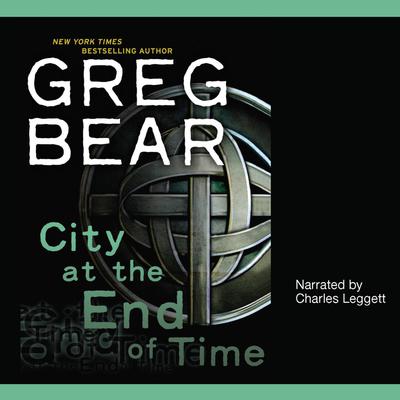 City at the End of Time

In a time like the present, three young people dream of the fabulous ruins of a decaying city somewhere in the distant future called the Kalpa. The dreams of Ginny and Jack overtake them without warning into the minds of two inhabitants of the Kalpa—a would-be warrior, Jebrassy, and an inquisitive explorer, Tiadba. In turn, the dreams of Tiadba and Jebrassy carry them back, into the minds of Jack and Ginny. As for the dreams of Daniel, they are even stranger and more disquieting. Hunted by others with similar powers who seek the sum-runners on behalf of a fearsome godlike entity, Ginny, Jack, and Daniel are drawn despite themeselves into a mission to rescue the future of their dreams.

Notice to our customers about City at the End of Time