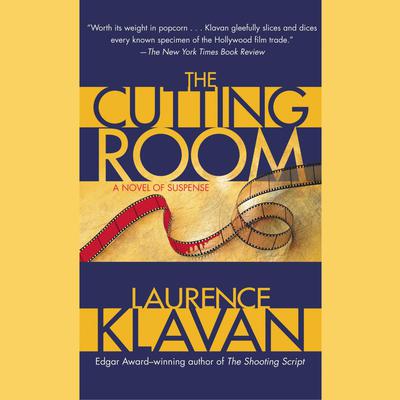 Like thehero in a classic Hitchcock thriller, the innocent movie buff at the center ofthis witty and suspenseful novel finds his ordinary life suddenly transformedwhen he's plunged into a harrowing game of intrigue, duplicity, and danger.Spurred into a frantic race from New York to Hollywood to Barcelona and back,he'll encounter enough hairpin twists, shocking surprises, white-knuckletension, and sinister characters to give even the master of suspense himself aserious case of vertigo. But in "this scenario, the mayhem and murder areall too real.

Self-proclaimedmovie geek and divorced thirty-something Roy Milano lives alone in a crampedManhattan apartment, toiling as a freelancer to make ends meet. It is a lifeperfectly suited to the creator of TrivialMan, Roy’s self-published newsletter—filled with tidbits of little-knownTinseltown lore for the delight of other fringe-dwelling cinemaphiles. And it’sa tantalizing phone call from one such kindred spirit that thrusts Roy headlonginto his waking noir nightmare.

“I’ve got The Magnificent Ambersons,” declaresAlan Gilbert, host of a homemade cable-TV show about the silver screen, who nowclaims to possess the rarest of the rare: the long-lost and never-released completeprint of Orson Welles’ classic follow-up to CitizenKane. But when Roy arrives at his fellow movie maven’s abode to sneak apeek at celluloid history, the front door is ominously open, Alan Gilbert isdead, and The Magnificent Ambersonsis nowhere in sight. Even though the cops arrest a local drug addict for themurder, Roy knows they’re wrong because the theft of the movie masterpiece pointsto a different kind of junkie, the kind Roy knows only too well—and the kind heis certain only he can catch.

But RoyMilano is no Sam Spade, even if he does run into more gun-toting goons, suckerpunches, and double-crosses than Bogey on a busy day. And the suspects prove tobe anything but usual—including a bodybuilding film fanatic obsessed withbizarre rumors about an A-list actress, a rotund reporter who holds Hollywoodin thrall via red-hot Internet dispatches from his parents’ basement, and a star-struckstreet punk with a thousand voices. And then there is the transatlantic lovetriangle that finds Roy caught between his very own eager Gal Friday and asultry Spanish siren with a stunning secret. But when the bodies start to fallfaster than a box-office bomb, Roy must cut to the chase in his perilous questto save the Holy Grail of cinema—and unmask a killer—before everything fades toblack.

Notice to our customers about The Cutting Room