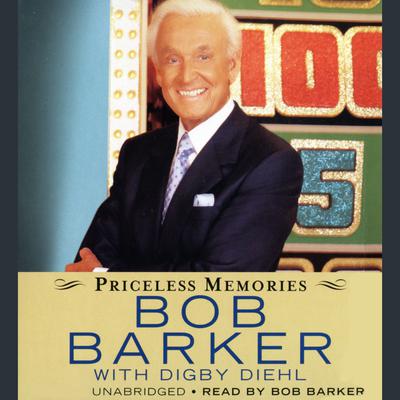 In his first audiobook, Bob's trademark charm and charisma shine as he shares a lifetime of experiences. In front of the camera, he has been invited into the homes of millions of Americans as host of The Price Is Right, Truth or Consequences, Miss USA, Miss Universe, The Rose Parade, and many other programs and specials. He will share stories of favorite contestants, episodes, and behind-the-scenes happenings.
Beyond his public persona, he will open up about his personal life. From being raised on a Native American reservation by a single mother through the Great Depression and the Dust Bowl, to training as a pilot in the Navy during World War II, through his romance with the love of his life and high school sweetheart, Dorothy Jo, and his success at retirement.
His support of animal rights has always been a central part of his life. Bob delves into stories of how he has taken on Hollywood and the government in his crusade, including his anti-fur stand-off with beauty pageants, his involvement in uncovering animal abuse in movies and television, and the legislation he helped to pass. He also shares personal stories of rescuing animals, from dogs to elephants.
For the innumerable fans who have welcomed Bob into their homes over the last fifty years, this will audiobook will be like catching up with a dear and familiar friend who continues to lead a full and endlessly interesting life.